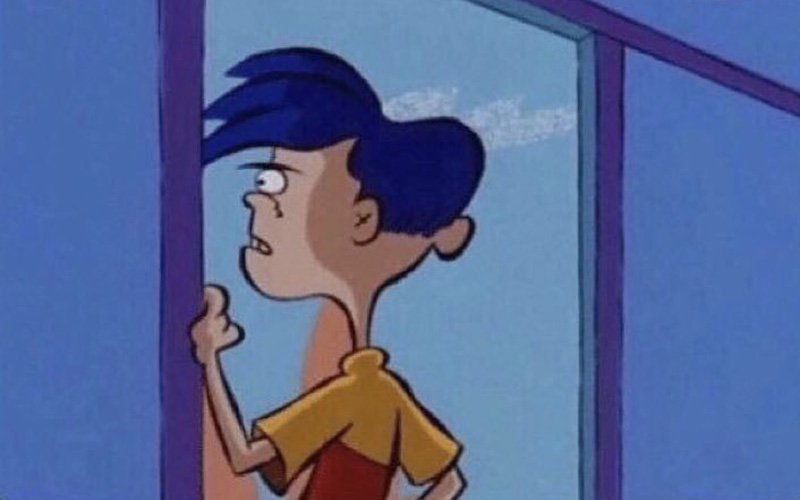 Give the internet enough time and it will meme the hell out of ANYTHING.

This past May, a white woman calling the police on a group of black people for BBQing at a park became a hilarious meme. In June, during the 2018 NBA Finals, J.R. Smith costing the Cavs Game 1 (and ultimately the entire series) against the Warriors sparked a bunch of memes. And the month of July was filled with memes of Cardi B telling everyone what her “momma said.”

Now, the latest meme that’s taking over social media is various versions of Rolf from the early 2000’s Cartoon Network show Ed, Edd n Eddy looking out the window with all kinds of random thoughts going through his head.

Though the origin of the Rolf “staring out the window” memes is unclear, social media is going wild over it. The always chill-less internet has turned Rolf into a bitter baby mama, fast food workers taking orders at the drive-thru window, Fantasia, David Ruffin of the Temptations, and more.

Honestly, there are so many Rolf memes floating around the internet that we’ve lost count at this point.

Poor Rolf! He became like 200 different people these past two weeks. pic.twitter.com/vstyFFO4Tt

Check out some of the best ones below: