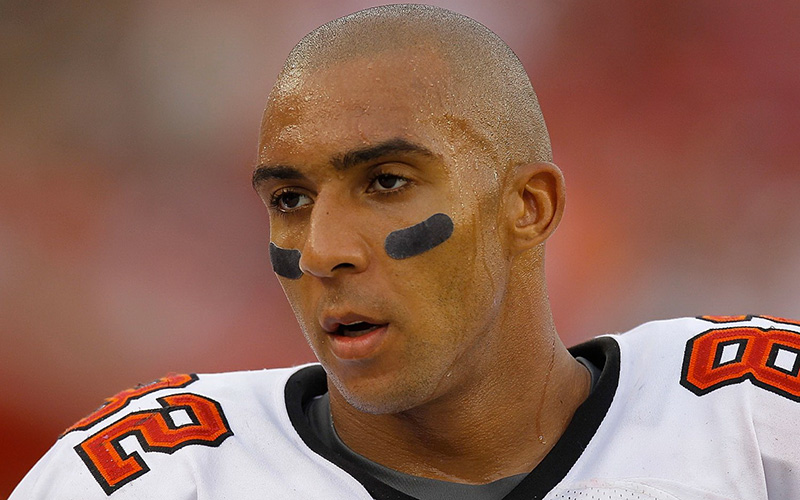 Former NFL player Kellen Winslow Jr. has been arrested for the second time in the past seven days, and his latest arrest includes some very serious charges.

According to the San Diego County Sheriff’s Department, Winslow was arrested in San Diego Thursday afternoon (Jun. 14) on an outstanding warrant and was hit with a whopping NINE criminal charges, including kidnapping with intent to commit rape, forcible rape, forcible sodomy, burglary, indecent exposure and more. A search warrant was executed at his home, Fox 8 reported.

His total charges are as follows:

If Winslow ends up being convicted of all charges, he faces up to life in prison.

Last Friday (Jun. 8), Winslow was arrested and charged with first-degree burglary for an alleged incident that reportedly happened at a mobile home park in Encinitas, California.

Winslow said at the time that he was not burglarizing the home in question; he was “house hunting for a home for his mother-in-law,” according to Fox 8. He was held on $50,000 bond, which he posted. He’ll be formally charged during an arraignment on Friday (Jun. 15).

34-year-old Kellen Winslow Jr. played in the NFL between 2004 and 2013. He earned more than $30 million during his 10-year NFL career as a tight end for the Cleveland Browns, the Tamba Bay Bucs, the New England Patriots and the NY Jets.