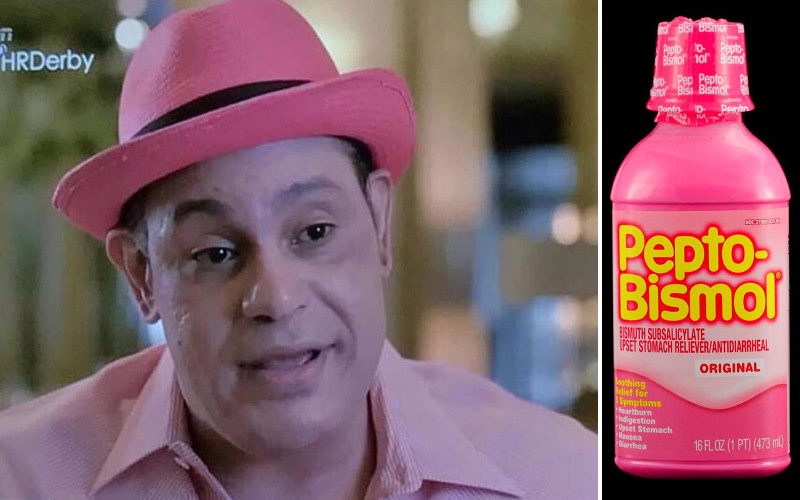 So, Sammy Sosa is definitely going through something. The former Chicago Cubs player sat down for an interview on ESPN Deportes on Wednesday (Jul. 12), but no one watching probably heard a word he said on account of them being so focused on his disturbing appearance.

The retired MLB player of Dominican and Haitian descent is clearly still bleaching his skin.

Twitter was especially caught off guard by Sosa’s lighter (and odd) skin complexion. Some noted Sosa’s apparent self-hatred, while many simply had to laugh and joke through their confusion, including comparing him to Pepto Bismol and Neapolitan ice cream.

Sammy Sosa looks like he machine washed himself with a red sock. I can't believe he hates being Black that damn much

Sammy Sosa the same complexion as those cheap ass hot dogs that turn the water pink when you boil them.

Sammy Sosa look like the milk at the bottom of a bowl of Fruity Pebbles. pic.twitter.com/y3nPyL1HtF

Ok, why does Sammy Sosa look like a giant piece of taffy? pic.twitter.com/Vk4vWMbRbK

Sammy Sosa really on his way to becoming the first invisible man pic.twitter.com/PtScjSlU6X

Bro who turned Sammy Sosa into an eraser pic.twitter.com/npJDuqQGqT

This is, unfortunately, nothing new for Sosa. He has been lightening his skin for several years now. In 2009, he told Univision his noticeably lighter complexion was a side effect of a cream he was using to soften his skin.

“It’s a bleaching cream that I apply before going to bed and whitens my skin some. It’s a cream that I have, that I use to soften [my skin], but has bleached me some. I’m not a racist, I live my life happily.

“What happened was that I had been using the cream for a long time and that, combined with the bright TV lights, made my face look whiter than it really is. I don’t think I look like Michael Jackson.”

Yeah, no one believed that then and it certainly doesn’t explain his current situation.