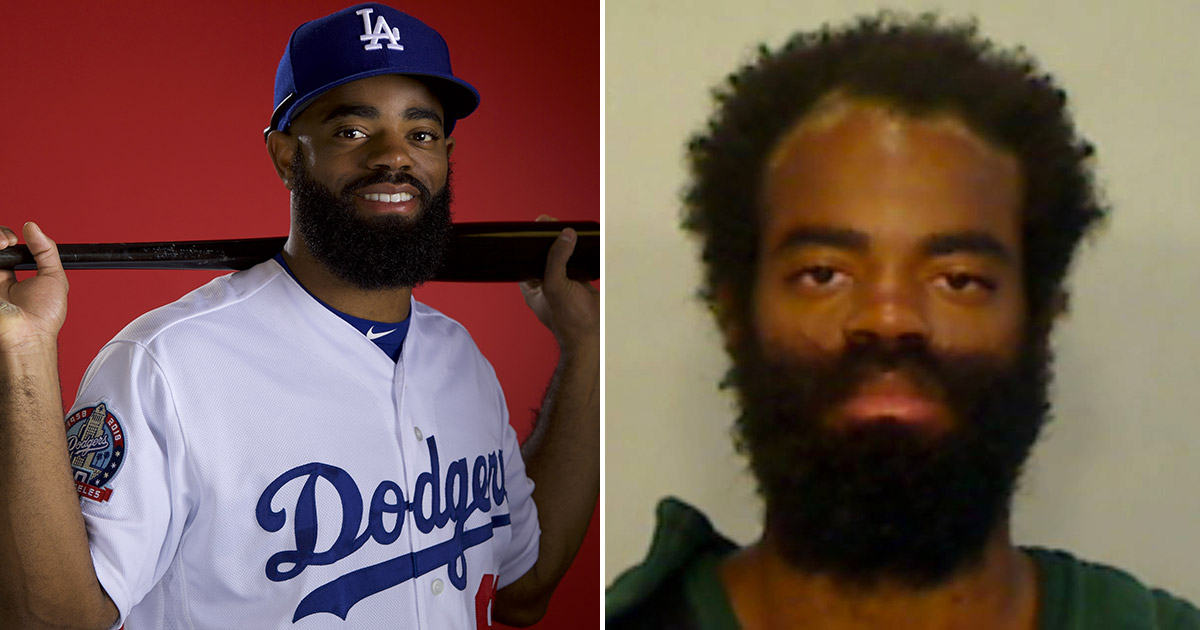 Los Angeles Dodgers outfielder Andrew Toles was arrested earlier this week after police said they found him sleeping behind an airport in Florida.

According to the Miami Herald, citing the Monroe County Sheriff’s Office, the 28-year-old MLB player is facing a misdemeanor trespassing charge.

Authorities found Toles snoozing behind the Federal Express building at Key West International Airport, and he refused to leave when asked several times to vacate the premises.

Toles was then taken into custody and booked into the Stock Island Detention Center on a $500 bond. He has a court date scheduled for July 2nd and remained in jail as of Friday (Jun. 26).

In his arrest report, his address was listed as the “streets of Key West,” and police said all he had with him was a black backpack, suggesting that he’s currently homeless.

He didn’t show up for spring training in 2019 and left the organization in May, citing personal reasons. He remains on the Dodgers’ restricted list.

Toles—who has a history of mental health issues, including depression and anxiety—was originally drafted in the third round by the Tampa Bay Rays in 2012 out of Chipola College in Florida and was Tampa’s Minor League Player of the Year in 2013. By 2015, however, he was released from the team due to disciplinary reasons.

“He was imperfect, and he began to deal with crippling anxiety,” wrote Pedro Maura of The Athletic in 2018. “He struggled to sleep. Regularly, he showed up late to the ballpark and committed mental mistakes on the field, and regularly he heard from manager Jared Sandberg.”

Toles worked at a grocery store and spent some time in a mental health facility before he was recruited by the Dodgers.