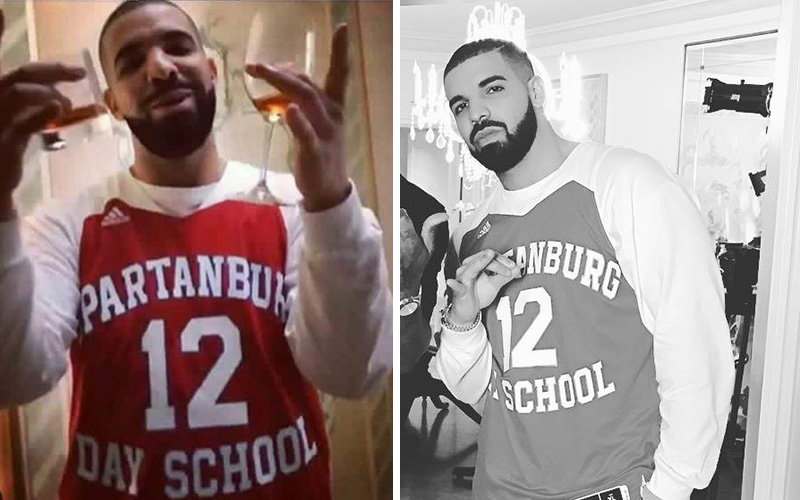 Notorious bandwagon jumper Drake has found yet another jersey to rock: that of the 16-year-old high school basketball phenom Zion Williamson. The Canadian rapper was spotted wearing the Spartanburg Day School jersey in a photo on Instagram.

Now, stories of Drake’s unparalleled ability to simultaneously support any and every team that’s popular is nothing new. Over the years, he’s been spotted sporting a slew of different jerseys, with the hopping becoming so prevalent that he was even asked about it during an interview with Complex.

In his defense, he claims that he doesn’t jump teams, but rather he supports players — not the institution. So I guess it’s safe to say that this latest photo doesn’t mean he’s all about the South Carolina high school. It’s all about Zion Williamson.

And honestly, you can’t blame him for that. As weird as it is to see a grown man rocking a high school jersey, Williamson, who rose to national awareness when a highlight reel of his hit social media, is unreal. I mean, this kid just became old enough to get a driver’s license but he’s already throwing down grown man dunks all over his unfortunate high school opponents.

Drake will likely be keeping a close eye on this kid’s future, because he’ll be needing to buy a new college jersey in a couple of years.