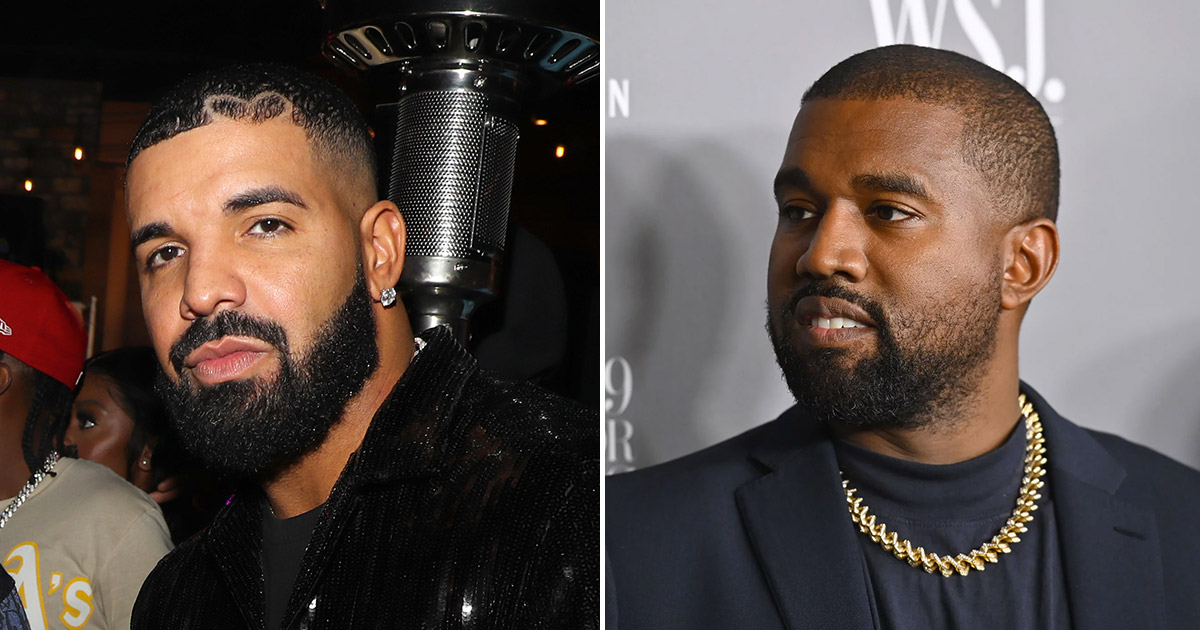 Looks like the beef between Kanye West and Drake is far from over.

Despite reports that the two rappers had patched things up and squashed their long-running beef, a new track from rapper Trippie Redd featuring Drake is stating otherwise.

Last month, a Twitter user tweeted that Drake should release his new upcoming album Certified Lover Boy on the same day Kanye drops his highly anticipated album Donda that he continues to push back.

Social Media maven/YMCMB affiliate Karen Civil responded back to the tweet and revealed that would not happen because Kanye and Drake are friends again.

While this may have be the case at the time, something has definitely changed because Drake is throwing shade for days at Kanye.

“All these fools I’m beefin’ that I barely know. Forty-five, forty-four (Burned out), let it go. Ye ain’t changin’ shit for me, it’s set in stone.”

Along with the rest of the Internet, Kanye caught wind of the shots fired and responded with an Instagram post of a picture of a group chat in which he addresses Drake’s diss and sends warning shots.

The group chat showed to include 8 people, one of those people being Pusha T and it is being rumored Drake was also a part of the group chat. The message also included a photo of Joaquin Phoenix as the Joker.

“I live for this. I’ve been f**ked with by nerd a** jock n**gas like you my whole life. You will never recover. I promise,” Kanye wrote in the group chat.

Rapper Consequence, who was previously signed to G.O.O.D. Music and has collaborated with Kanye on several projects, also responded to Drake’s diss and called it flat out disrespectful.

It's the Disrespect for me dawg

The timing of Drake’s diss is very interesting considering the fact that both rappers have projects dropping soon, but maybe Drake’s diss will be enough motivation to get Kanye to stop playing and release Donda for Christ’s sake.