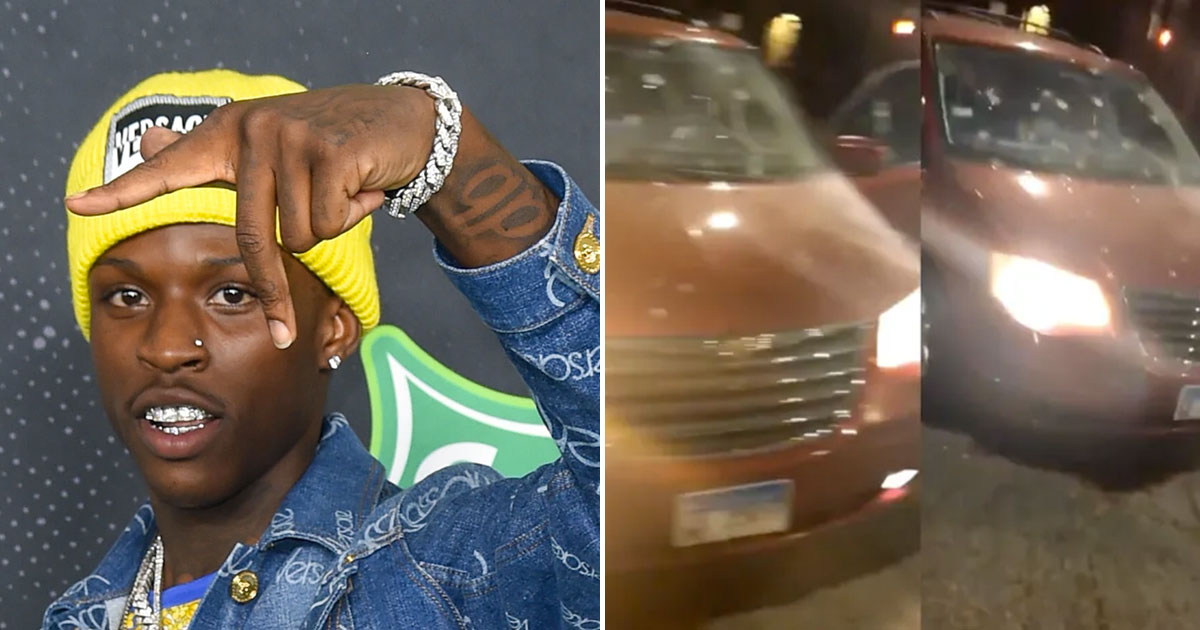 The beef between associates of Georgia rapper Quando Rondo and slain Chicago rapper King Von continues to heat up and is getting worse as the days go by.

MTO News is reporting that a car believed to belong to a music producer associated with Quando Rondo was shot up Tuesday night (Dec. 8) in Chicago.

The car was reportedly ambushed and sprayed with automatic gunfire, with more than two dozen bullets hitting the vehicle.

Fortunately, all of the people inside managed to escape, however, it wasn’t clear if anyone was injured in the shooting.

“On bro, ain’t nobody in this motherf***er,” the person recording the footage says off-camera. “They got outta there … They lucky but they probably got shot!”

King Von was a rising rapper from Chicago who was signed to Lil Durk’s record label OTF (Only the Family) and had a distribution deal with Empire.

Von was shot and killed last month by a close associate of Quando Rondo following a violent altercation at a hookah lounge in Atlanta. He was 26 years old.

22-year-old Timothy Leeks (who some call Quando Rondos’ “brother”) was arrested the day after the fatal shooting and charged with felony murder.

Leeks (who also goes by the rap name Lul Timm) was also injured in the shooting and was treated at the hospital before being taken to jail.

King Von and Quando Rondo’s crews have been at war since Von’s murder, with Quando Rondo bearing the brunt of the beef, as he has had to cancel several shows since the fatal incident amid rumors that Von’s associates have been buying tickets to his concerts after allegedly putting a bounty on the rapper’s head.

In a recent interview, King Von’s uncle, Range Rover Hang, claimed that OTF and O-Block will continue applying pressure to Quando Rondo and his people.

“Nah, I mean he can slip through the cracks, but it’s ugly for him,” Range Rover Hang told Fucious TV when asked if the rapper will ever be able to perform again. “Ni**as got points to prove. That was a real one. They killed a real one and we ain’t never going to get nobody else like that.”

For his part, Quando Rondo has maintained that he and Leeks were acting out of self-defense when Von was shot and killed. Leeks is due in court for a bond hearing on December 15th.