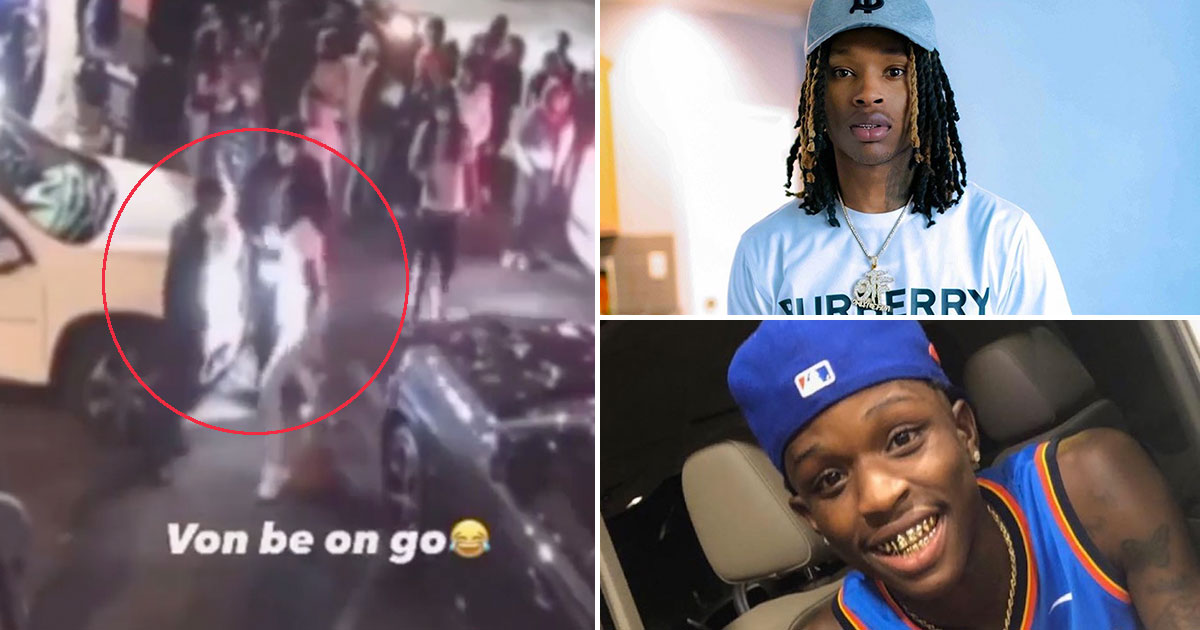 New footage has surfaced showing another angle of the moments leading up to the fatal shooting between King Von and Quando Rondo’s crews outside an Atlanta nightclub early Friday morning (Nov. 6).

This video shows King Von exiting a vehicle with a large group of people behind him.

He then walks up to Quando Rondo and punches him in the face, and continues a barrage of punches before the footage ends.

Unlike the first video released last weekend, the new video doesn’t show the actual shooting, but you can clearly see the group who’d gathered outside taking off running moments after Von punches Rondo.

King Von was fatally shot in the incident, along with two others, and three people were hospitalized with injuries.

22-year-old Timothy Leeks, a close friend of Quando Rondo and a member of his crew, was arrested Saturday (Nov. 7) and charged with King Von’s murder.

Leeks was also shot in the incident and was hospitalized at the time of his arrest.