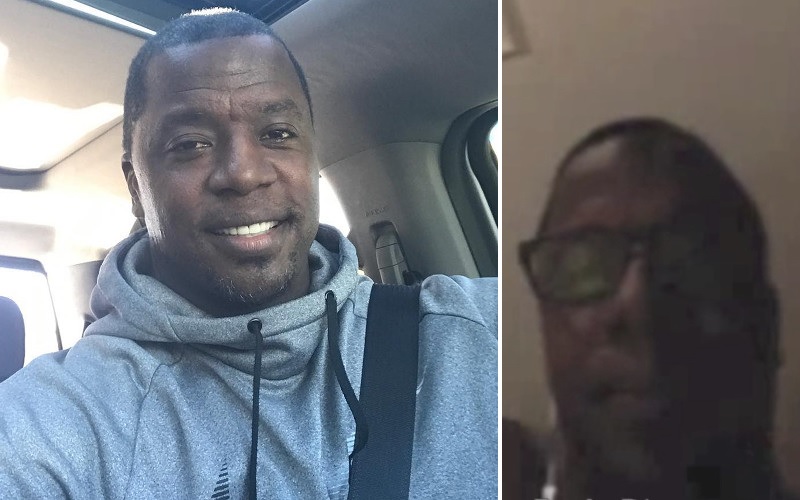 The tale of two Kordells continue. At this point, Kordell Stewart is best known for speculation regarding his sexuality than for being in the NFL. Hell, it might even overshadow his 2-year-marriage to Real Housewife of Atlanta star Porsha Williams.

A newly leaked “sex tape” supposedly proves Stewart is gay. But is it even real?

Thursday (Dec. 22), blog Funky Dineva posted a video of a man (who looks very much like Stewart) engaged in what seems like a video chat on his phone. However, there is no audio, so it is unclear if the man is chatting with a male or female voice. The explicit video shows the man showing off all his naughty bits. But what set off the gay flag for Dineva is a prolonged shot of the man’s backside.

I have watched the video and I cannot confirm or deny if it is actually Kordell Stewart. What I can say is that the man in the video looks a hell of lot like Kordell (I ain’t trying to get sued). Take a look for yourself and draw your own conclusions…

Just when I was trying to take up for the man in the video that I realized, he was showing his ass… Uhhhmmmm….. I mean….

The video was sent to the blog via email by a male who claims to have been in a down-low relationship with Stewart for two years. He details how their platonic friendship turned sexual, but now feels he is being “manipulated” and “controlled” by the former NFL player.

I have to give it to him, he started this well. We became friends, then close friends, slept in the bed together on trips without doing anything. Then one day… I woke up and while laying in bed he brought up last sexual encounters. He told me about how he let two girls suck his dick and one started licking his ass. He asked had I ever done or would I… I said maybe. He jokingly said “with me”? I said maybe… nothing happened for months until we got drunk and he aggressively said he wanted. Needless to say that began our relationship.

The video was sent after Dineva requested proof of the relationship like “text messages, pictures, something private.”

According to blog Straight from the A, a soon-to-be divorced woman has come forward and admitted that she has been having an affair with Stewart for the past two months and the video was originally sent to her. She “foolishly” shared the video with friends and that’s how it has leaked online. However, she also says, while it’s Stewart’s penis in the video, it is not his buttocks.

The married woman writes in part:

[A] good portion of the video uploaded was sent to me, the real recipient…

Even more horrifying was the fact that it has been edited to make it seem as though he exposed his butt. You’ll notice that there is a black screen between the shot of his penis (which is real) and the shot of his butt. That’s because the second shot (the butt shot) isn’t of him and has been lazily tacked onto the original video. That is why the audio has been removed.

I can vouch for this because anyone who’s “been” with Kordell knows that he has a scar on his left cheek caused by a injury he got when he played football. That scar isn’t on the behind of whoever is in that video. I know whose behind that is and why they are out to get him but I don’t want to get into that.

But thing is, there is a scar/birthmark on the buttocks of the man in the video. Is this “married woman” just Stewart’s team doing damage control?

Funky Dineva and Straight from the A both make note that neither of these emails/stories can be 100% authenticated.

Though it’s an interesting convoluted story, I don’t think we should read much into the speculations. The lack of audio raises questions as to who the guy was actually talking to. The gay man supposedly in a down-low relationship with Stewart could be a “jilted female lover,” the married lady could be deflecting the rumors, and the video itself could very well be edited in some way. Too many questions and variables to be taken as fact!

If anything, I would chalk this up as another celeb whose nudes have leaked online.