GOSSIPONTHIS.COM Sports LeBron James Trolled the Warriors at His Halloween Party, and They Didn’t... 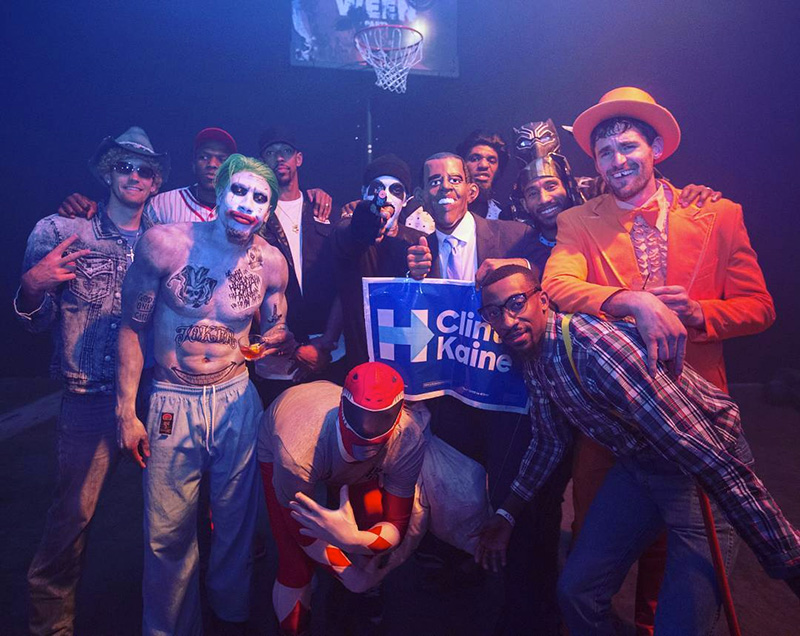 LeBron James decided to throw himself and his teammates a “little” Halloween bash over the weekend. I’m betting they had a pretty good time.

But the celebration wasn’t just about the holiday; they also took the chance to celebrate their NBA championship yet again. Or, at the very least, toss all the shade they could at their NBA Finals opponent the Golden State Warriors.

The party featured many jabs at the Warriors, including a skeleton band featuring the name “3-1 Lead,” a reference to the blown lead by the Warriors overcome in historic fashion by James and the Cavs.

A much less subtle attack took the form of cookies made up to look like the tombstones of the Warriors Splash Brothers, Klay Thompson and Steph Curry. Clearly LeBron and his teammates are still enjoying their victory from last summer.

The Warriors, though? Not so much. When news spread of the mocking by the Cavs, Chris Haynes of ESPN.com caught up with some of the Warriors to ask their feelings:

Klay Thompson, visibly irritated by the subject, sternly told ESPN, “Man, I don’t care about that.”

Curry simply said, “I’m just going to keep it quiet.” He then shook his head and giggled.

Kevin Durant even chimed in, although he wasn’t a member of the Warriors last season. However, he knows what it feels like to up 3-1 only to lose the next three games. He stated he’s not about the back-and-forth shots.

According to Haynes’ report, it’s clearly not sitting well with the Warriors right now, but they’ll have to wait until Christmas Day for their chance to shut them up when they meet for the first time this season.