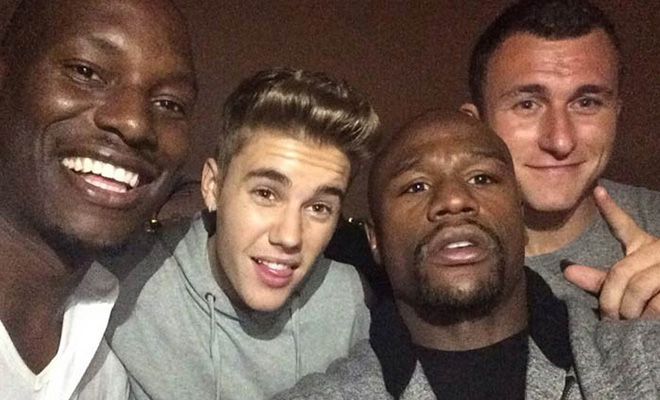 Justin Bieber threw a WILD party at his new Beverly Hills condo (the same place where his new neighbors are already complaining about excessive noise and “hotboxing”) late Monday night (Jun 30)/early Tuesday morning that was attended by some of his famous friends like Floyd Mayweather Jr., Tyrese, Tyga, Chantel Jeffries and NFL player Johnny Manziel.

But according to reports, the Biebs’ had to shut the party down early after some his neighbors called the Beverly Hills PD, once again complaining about the excessive noise. No word of hot boxing (aka smoking a BUNCH of weed in an enclosed space), but the noise complaints were enough to bring the Po-Po out.

We’re told cops responded to the home and they spoke with someone at the residence — not Bieber — and the gang complied and cranked the tunes down.

But a short time later, cops went BACK to the pad after someone complained about the packs of young girls (Beliebers) who were screaming and making noise in front of Justin’s crib.

It’s not the first time cops have been to JB’s home — police were there recently to deal with similar fan issues. FYI — Justin’s only been in the home a couple of weeks.

Check out the pics/video from the wild rager below: 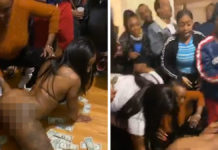