GOSSIPONTHIS.COM Celebs Dear Lil’ Kim, the Only Thing Sabotaging Your Image is Your Warped... 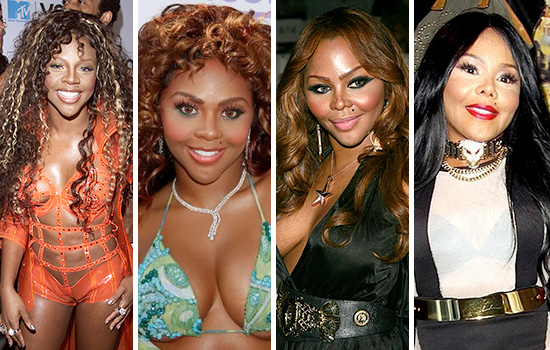 The mind can play tricks on us, y’all. Some people walking around on this earth swear they’re God’s gift to man when really they look more like Moses’ last curse.

Lil’ Kim, the one-time-trend-setting femcee, has stretched, cut, injected, bleached and mutilated her face and body so much over the past decade that she has rendered herself nearly unrecognizable.

Instead of aging gracefully, she chose to go under the knife repeatedly. All of these surgeries haven’t made her look any younger though, it’s just made her look like Michael Jackson. For gossip blogs, paparazzi photos of Lil’ Kim are a reliable source of traffic and chatter since Kim’s hopeless face always makes for a great “Can you believe Lil’ Kim looks like this?” post.

But Kim is striking back. She believes that in reality, her appearance is flawless. The distorted and heinous face we’ve all been making fun of online is actually some Photoshopped trickery that the paparazzi have been conjuring up, Kim claimed on Twitter.

#TeamLilKim Ive put up with lies & bullshit from the blogs for too long.

Years & years they have been photoshopping pics of me & sabotaging my image. I’m not putting up with that shit no more.

Today was the last straw. You saw me on TV, people were posting pics all day… None of them looked the way that fake picture looked.

Yes, because that’s what paparazzi want to do. Spend their time making a washed-up rapper look uglier than she really looks.

Girl, please. Nobody has time to tweak photos of Lil Kim, and frankly, she’s horrified people outside of paparazzi shots too.

Kim needs to accept responsibility for the fact that her face looks like the Afghanistan war was waged on it. It ain’t nobody’s fault but her’s and her plastic surgeon’s.