Michael Phelps is officially the most decorated Olympian OF ALL TIME after the 27-year-old American swimmer won his 19th medal Tuesday (Jul 31) during the 2012 London Olympic games. Phelps, arguably the world’s greatest swimmer, competed in the 4×200 meter freestyle relay — alongside his teammates Conor Dwyer, Ryan Lochte, and Ricky Berens — and picked up the gold for the United States, with Phelps beating out France in the final stretch by more than three seconds. China took the bronze.

Earlier in the day, Phelps won his 18th medal (silver) during the 200 meter butterfly. With his two shiny new medals, Phelps has beat the original record for most Olympic medals won, which was held by former Russian gymnast Larisa Latynina, who won 18 total medals over 3 Olympics.

In addition to his newly acquired Olympic medal record, Phelps also holds the record for the most gold medals won in a single Olympics (9), as well as the all-time record for most Olympic gold medals overall.

Michael Phelps’ medal count now stands at 15 gold, two silver and two bronze. He will have three more chances to grab additional medals, to possibly push his record even further, when he competes in the 200 individual medley, the 100 butterfly and the 4×100 medley relay.

Phelps has previously said that the London 2012 Games will be his last. 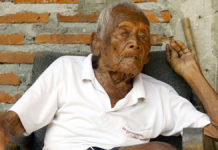 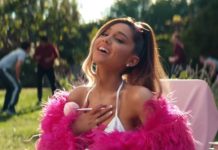 Ariana Grande’s “Thank U, Next” Is YouTube’s Biggest Music Video Debut EVER