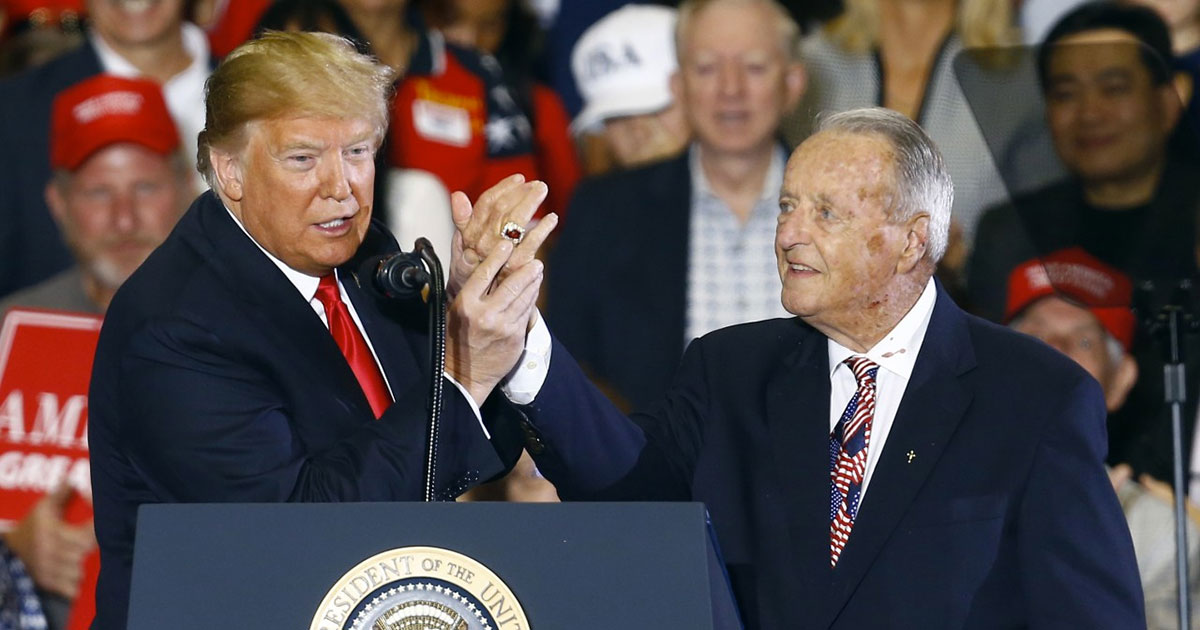 The 90-year-old former Florida State University coach revealed earlier this month that he’d contracted coronavirus, but was doing fine. In his letter posted this week, he wrote that he wanted to be around to vote for Trump.

“I’ve had the chance to get a lot of wins in my life, but I really wanted to win this one because I wanted to be around to vote for President Trump,” Bowden wrote.

Bowden said that his entire family would be voting for Trump, and said everyone else should too “because re-electing him is our only chance to leave the next generation with the same heritage, beliefs and opportunities that Ann and I had and many of you had.”

Hmm … we wonder what are those “heritage, beliefs and opportunities” he’s speaking of. Sounds a lot like systemic racism, no?

So, in other words, voting for Trump is the only way to keep white supremacy alive.

As for his illness, Bowden said with the help of his doctor and his wife, he was able to beat the coronavirus, even at his very, VERY old age.

“I want to thank all the many, many people who were thinking of and praying for me over the last few weeks,” Bowden said. “I just went through a battle with COVID-19, and God just wasn’t ready to take me Home yet to be with Him.”

Bobby Bowden coached the Florida State Seminoles football team from 1976 to 2009, leading the school to two national championship titles and 12 ACC titles. He ended his career with 377 total wins, however, 12 of them were vacated.

Before taking the Seminoles job, Bowden was previously a head coach at West Virginia and South Georgia State.