GOSSIPONTHIS.COM Celebs Da Brat on Relationship With Allen Iverson: I Used to Wake Up... 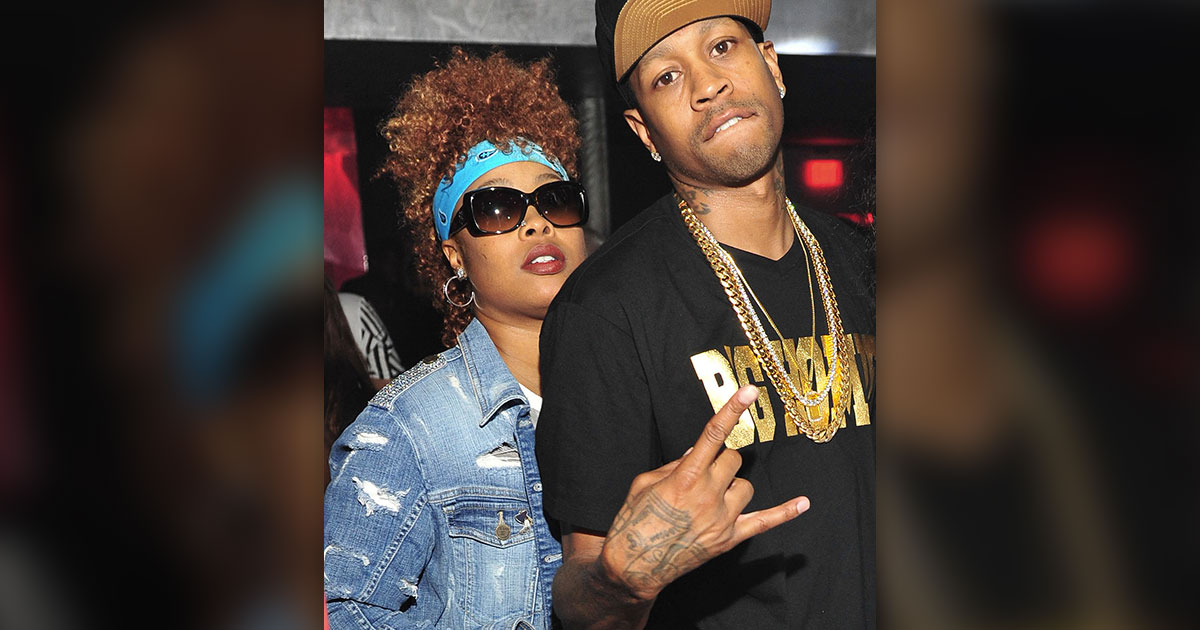 Back in June, Da Brat came out as bisexual in an exclusive interview with Variety just months after she took to Instagram to confirm that she was in a serious relationship with a woman named Jesseca Dupart.

But at one time, DaBrat was dating and sleeping with former NBA star Allen Iverson.

In a recent interview with Kandi Burruss on Burruss’ “Speak On It” YouTube show, Brat went into great detail about her relationship with the NBA legend, and admitted to being a “domesticated” woman who likes to cook, clean and take care of her man.

“I used to wake up and pick his clothes out and cook breakfast, jack his d**k,” she told the Real Housewives of Atlanta star. “The things he liked, I just made sure he was happy. And he spoiled me and made sure I was happy.”

“I was like, ‘This is amazing. This is it,'” the rapper went on. “Then I think basketball players? Hoes. He had a baby mama, some kids. He had a lot of stuff going on. So it lasted for a good while.”

Da Brat also said both of her grandmothers loved the Philadelphia 76ers star player since he was “so sweet” to them.

“It was good for a minute,” she said. “Good for a long time. It just didn’t work out. Too many bitches.”

According to Da Brat, Iverson was a “serial cheater,” and she said she eventually had to cut things off with him after she had to chase a half-naked woman down a hotel hallway.

“This half-naked bitch walks up the hallway looking for him. I’m sitting there with him [and] I’m like bitch you motherf**king see me sit here with this ni**a and you still gonna say you’re looking for him?” she explained.

“I faded out answering the calls and I just had to pull out and it eventually fizzled out,” she continued. “I heard he was f**king this bitch, that bitch, bitches I knew, bitches I was cool with… I was like okay hoe. I was done.”

Kandi then asked Brat if A.I. was her last boyfriend, to which Brat nonchalantly answered: “He was not my last. And I wasn’t his last girlfriend either.”

Elsewhere in the interview, Da Brat opened up about her girlfriend, Jesseca Dupart, whom she described as her “last” partner, adding that she’s open to getting married to her down the line.

“I’m grown as hell,” she said. “I’ve been through so many situations and no one ever makes me feel the way she does.”

“As long as I’m happy, I feel like she would understand,” she added, referring to her late grandmother who was very traditional and was the reason why she kept her sexuality private for so long.

“I would marry her but I got my own legal issues and my own life issues that I want to keep separate from hers. I’d not want to pull her into none of my sh*t.”