GOSSIPONTHIS.COM Celebs Da Brat “Surprised” Her Sister LisaRaye for Her Birthday After Not Speaking... 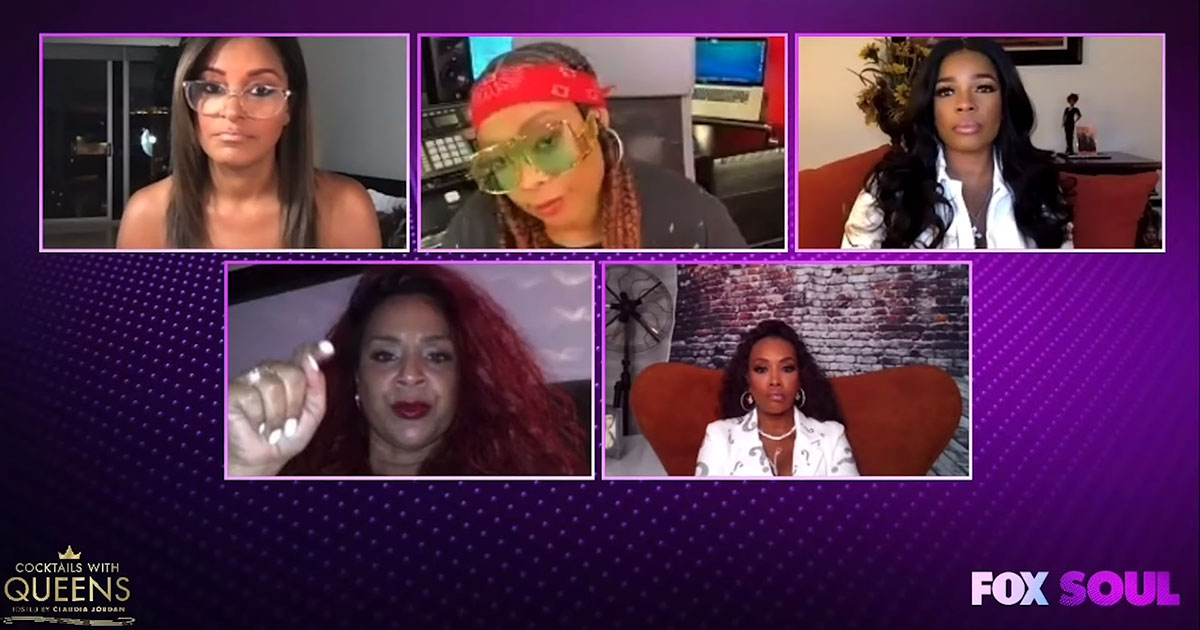 It was a family reunion for DaBrat and LisaRaye McCoy on Monday night’s (Sep. 28) episode of Cocktails With Queens on Fox Soul … but things didn’t go as well as one might expect.

Da Brat hasn’t spoken to her big sister in months. So she, for whatever reason, thought it would be a good idea to surprise Lisa for her 53rd birthday and wish her a Happy Birthday live on camera.

The only problem is that Lisa was clearly NOT here for it, and let it be known that she still feels some type of way about finding out about Brat’s coming out and her relationship with her girlfriend Jesseca Dupart through the blogs instead of from her own mouth.

After a brief introduction from Claudia Jordan, Da Brat popped up on the screen talking about “Hi!” and singing the Black “Happy Birthday” song … and you could clearly see the “shock” on LisaRaye’s face.

At first, everyone thought the waterworks coming from LisaRaye were tears of joy, but eventually, everyone realized that she was actually pissed.

Asked if she surprised by her sister’s reaction, Da Brat said:

“No, I’m not surprised, we kind of been a little distant or whatever, so I know she’s really surprised because we’ve had a little space in our relationship or whatever.

“From nothing bad, but I was just going through a bunch of stuff, and, you know, I didn’t want to worry anybody, and I have a whole new significant other situation, and I was kind of scared to talk to her about it. So I haven’t seen or talked to her in a long time.”

Brat went on to explain that she and LisaRaye haven’t talked since before the COVID-19 pandemic—which officially hit the U.S. in March, so that’s at least six months ago.

For what it’s worth, no one—other than Lisa and Brat, of course—knew that they had been on the outs recently, so this whole thing was a shock for everyone.

“I don’t give a f**k what y’all saying! At all! Y’all don’t know sh*t! At all!” Lisa shouted at Vivica A. Fox, Syleena Johnson and Claudia Jordan, which created a brief moment of awkward silence for everyone.

Feeling defeated, Da Brat thanked everyone for giving her the opportunity to surprise her sister, and gracefully bowed her way out of the chat.

After a quick commercial break, the ladies returned to the camera and LisaRaye explained why she reacted the way she did.

Long story short … LisaRaye felt she was left out of a big moment in her sister’s life, and when people would ask her about what was going on in interviews, she had no idea how to answer their questions because they hadn’t spoken in a while.

Lisa went on to say that she’s open to a private, off-camera conversation with Brat when the time is right.