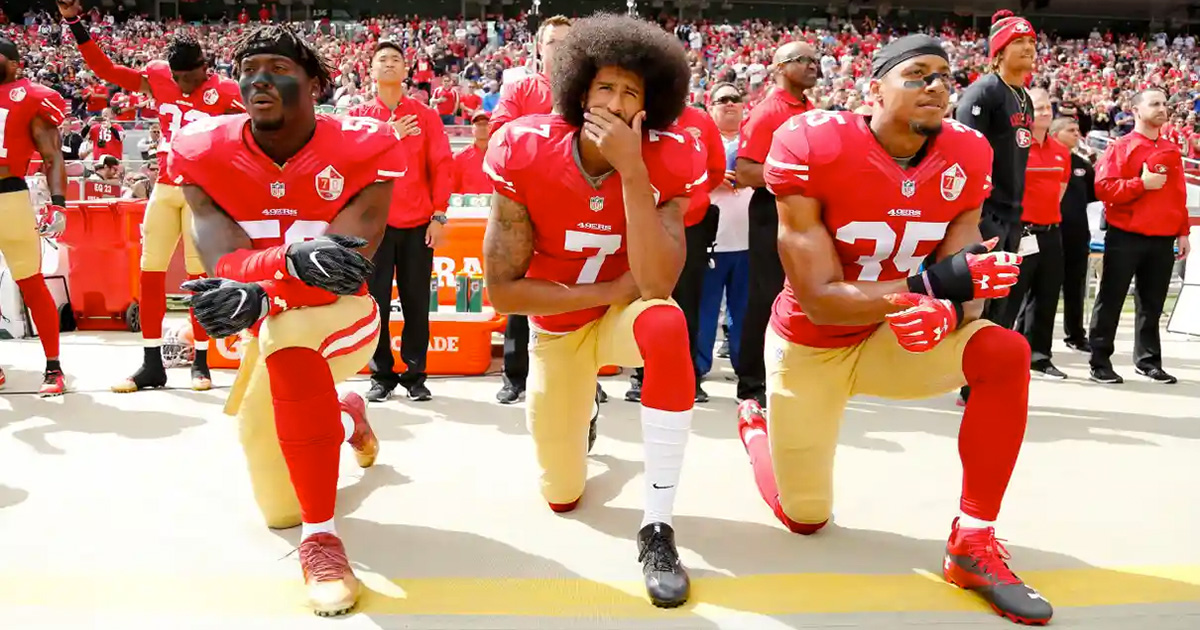 When Colin Kaepernick decided to peacefully protest police brutality by taking a knee during the national anthem back in 2016, the NFL decided that he should no longer be a part of professional football.

Now, in the wake of protests nationwide following the murder of George Floyd by police officers, Roger Goodell and the NFL are trying to show that they do care about fixing inequality and ending police violence.

In a memo that was obtained by the press, the NFL has announced that they are officially making Juneteenth as a league holiday. The decree means that all NFL offices will be closed to honor the occasion every June 19th moving forward.

They will use that day to “reflect on our past but, more importantly, consider how each one of us can continue to show up and band together to work toward a better future,” the memo read.

This comes one week after the NFL made headlines for issuing an apology to NFL players who kneeled during the national anthem and donated $250 million for criminal justice reform.

“The NFL is growing our social justice efforts through a 10-year, total $250 million fund to combat systemic racism and support the battle against the ongoing and historic injustices faced by African-Americans,” Goodell said in the statement.

However, Goodell never mentioned Kaepernick by name in the apology, and the former quarterback has not been signed by any teams.

Juneteenth is a holiday that was first celebrated in Austin back in 1867, and it’s the oldest nationally celebrated commemoration of the ending of slavery in the United States.