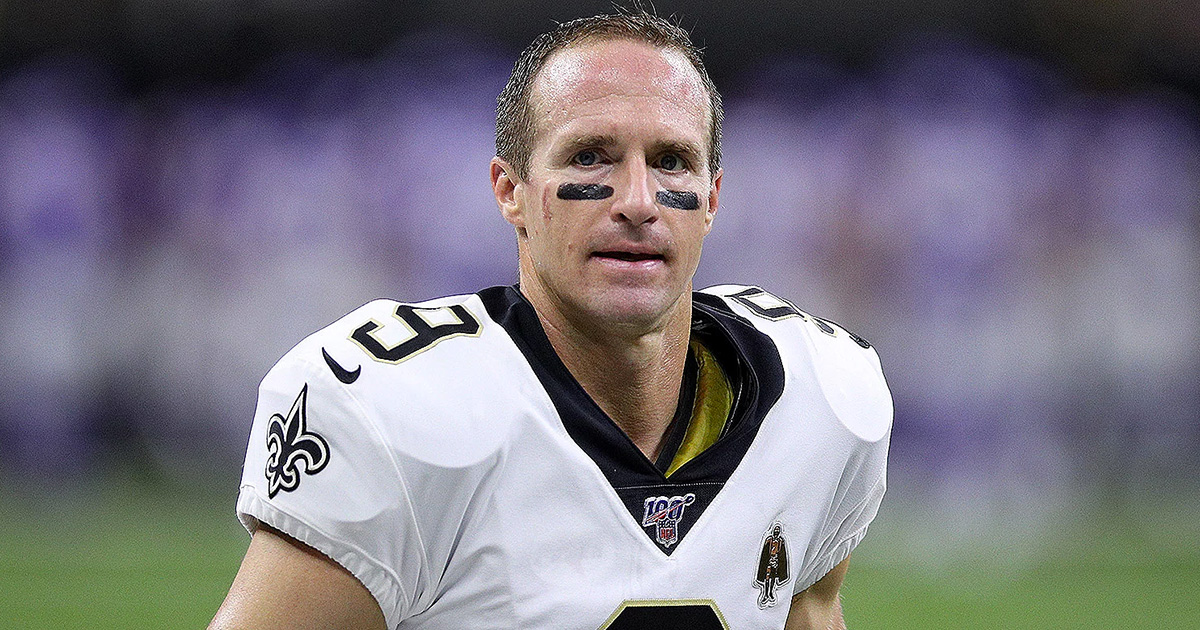 Drew Brees says he does NOT agree with NFL players taking a knee during the United States National Anthem because he says it’s disrespectful to the flag.

The New Orleans Saints Quarterback recently sat down for an interview with Yahoo! Finance’s “On the Move” and was asked about Colin Kaepernick’s form of protesting police brutality and racial injustice making a return when the NFL season starts back up in the fall.

Brees said he’s 100% against kneeling during the National Anthem.

“I will never agree with anybody disrespecting the flag of the United States of America,” he said.

The 41-year-old went on to explain that the National Anthem is especially important to him because both of his grandfathers served in the military and he gets emotional when thinking about the sacrifices they made to serve our country.

Brees also said he thinks about “the civil rights movements of the ’60s and everyone and all that has been endured by so many people up until this point” before addressing the current civil unrest in the U.S. following the police killing of George Floyd.

“Is everything right with our country right now? No, it’s not. We still have a long away to go. But, I think what you do by standing there and showing respect for the flag with your hand over your heart, is it shows unity. It shows that we are all in this together. We can all do better and that we are all part of the solution.”

Highlight: @readdanwrite asks @drewbrees what the star NFL quarterback thinks about "players kneeling again when the NFL season starts."@drewbrees: “I will never agree with anybody disrespecting the flag of the United States of America or our country.”