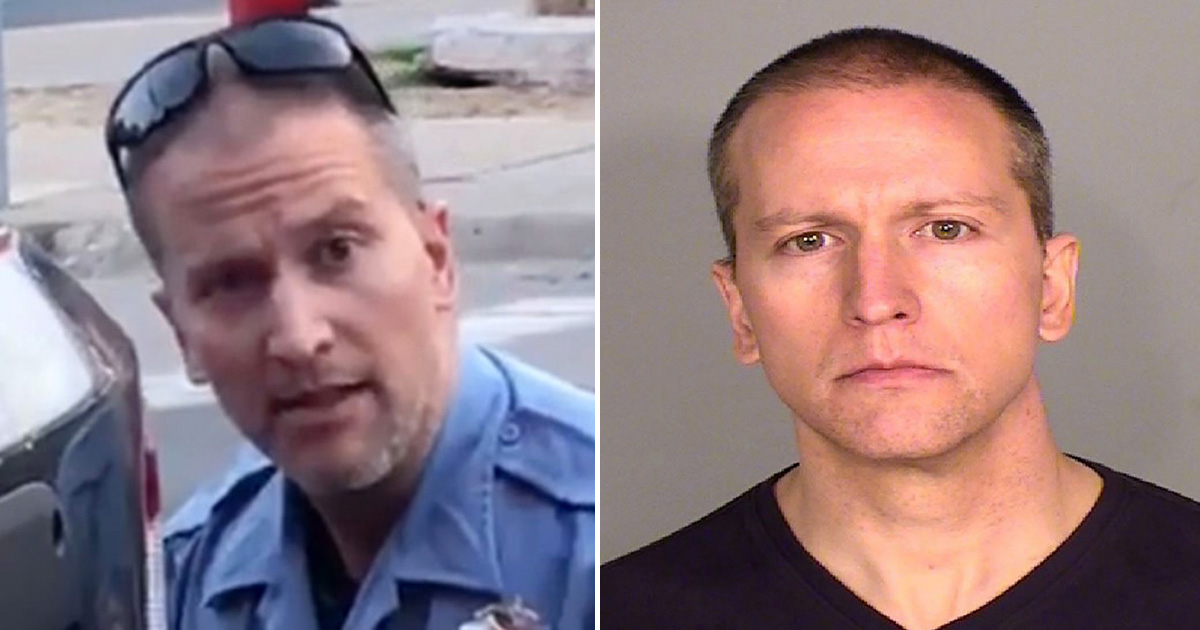 Citing a source at Ramsey County Jail in St. Paul, Minnesota—where Chauvin is being held on a $550,000 bond—TMZ reports that when Chauvin was brought in late Friday afternoon (May 29) after he was arrested on charges of third-degree murder and second-degree manslaughter, he “didn’t make eye contact with anyone” at the jail.

Chauvin was then reportedly stripped naked and subjected to a body cavity search to check for any hidden contraband. He then put on a jail uniform and was led away to a single jail cell in a special wing of the facility for high-profile inmates.

TMZ’s source says that Chauvin is in isolation and is under 24/7 surveillance via a camera in his cell that records his every move all day and all night and is being watched closely by security guards around the clock. Additionally, he’s being checked on in person every 15 minutes.

One source refused to use the term “suicide watch” to describe Chauvin’s circumstances, however, other law enforcement sources say that’s basically what’s going on at the jail in regards to the former cop.

Sources add that Chauvin will spend at least 23 hours per day in his cell and will be allowed one hour of recreational time in an enclosed area.

He has access to books, pencil, and paper, but not much else, TMZ reports. As for his sleeping situation, he’s got “a bed bolted to the floor with a pillow sewn to it.”

News of Chauvin being under 24/7 watch comes after it was revealed that his bail had been set at $500,000, according to a criminal complaint filed in the 4th Judicial District of Minnesota.

The complaint states that conditions haven’t been set for Chauvin’s release, but he could be released on bond if he’s able to come up with $500,000 in collateral.

Before he was arrested, Chauvin was fired, along with three other MPD cops who were involved in Floyd’s fatal arrest.

On Tuesday (May 29), video footage went viral showing Chauvin with his knee on Floyd’s neck for more than eight minutes in his final moments alive as he told the officers “I can’t breathe.” The man was pronounced dead not long after he paramedics took him to the hospital.

The cops were arrested Floyd after he was accused of using a counterfeit $20 bill at a nearby deli.

According to the Minneapolis Police Department, Chauvin had 18 prior complaints filed against him with the department’s internal affairs. Chauvin and the other fired cops also had a history of shooting and beating minorities, the Communities United Against Police Brutality added.

Chauvin’s wife filed for divorce as a result of George Floyd’s killing, which she said “devastated” her.