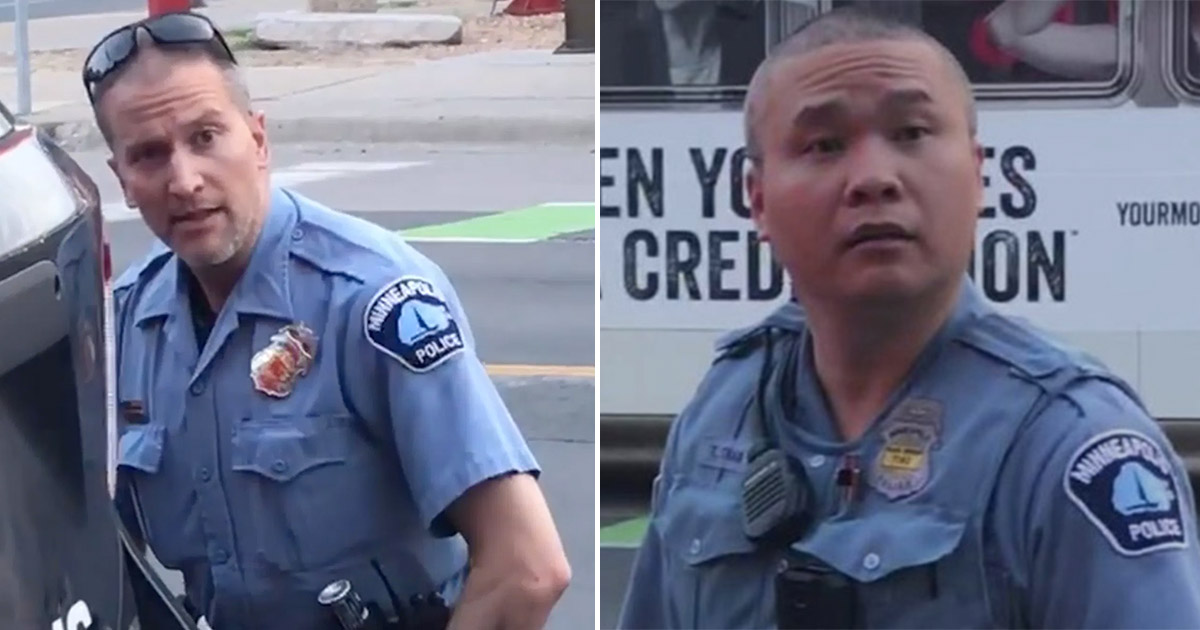 Derek Chauvin, the police officer seen holding his knee to the neck of George Floyd in a disturbing video that surfaced online this week, has a history of complaints throughout his career, new reports indicate.

Chauvin was one of four Minneapolis police officers who responded to a suspected forgery in-progress call on Monday (May 25).

The call ended with the officer kneeling on Floyd’s back, his knee jammed into the man’s neck, for roughly ten minutes.

In the video captured by onlookers, Floyd is heard saying he couldn’t breathe, and when medical personnel arrived, he had no pulse.

The four officers have since been fired, but new reports indicate that had disciplinary action been taken sooner, the entire event might’ve been avoided.

According to Communities United Against Police Brutality, Chauvin had been the subject of 10 complaints throughout his career and was involved in multiple shootings.

In 2006, he was involved in the fatal shooting of 42-year-old Wayne Reyes.

A year prior, he was in a police chase that resulted in his vehicle hitting and killing three people.

In 2008, he shot a man at close range while responded to a domestic violence call, and in 2011, he was one of five officers who was placed on leave after a non-fatal shooting of a Native American man.

Despite this history of negligent violence, Chauvin only ever received two verbal reprimands. In fact, he was actually awarded a Medal of Valor for his service in 2009.

Chauvin’s lawyer, Tom Kelly, has declined to comment on his client’s violent past when contacted by reporters.

However, Chauvin wasn’t the only responding officer who had a questionable service history.

The officer seen in the video standing guard for Chauvin as he killed Floyd, Tuo Thao, has also been accused of abuse of power in the past.

According to police records, in 2017, Thao was accused of beating a “defenseless and handcuffed” man. The incident resulted in an excessive-use-of-force lawsuit that was settled out of court for $25,000.