GOSSIPONTHIS.COM News George Floyd Was “Unresponsive” & Had No Pulse When He Was Put... 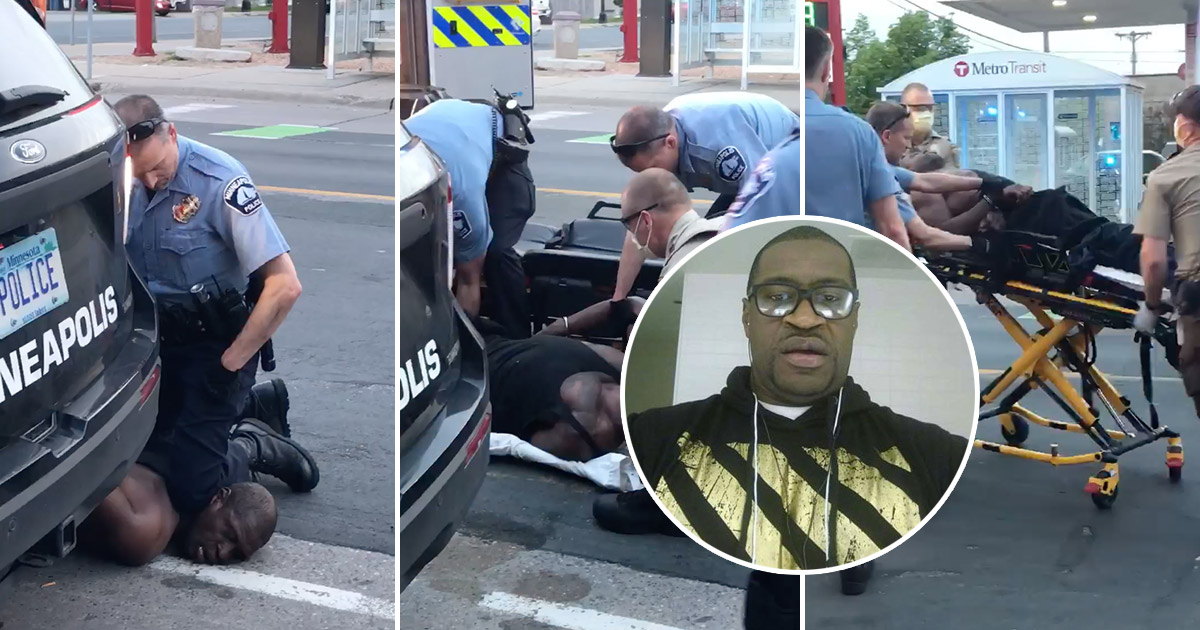 George Floyd had no pulse and appeared to be already dead when he was placed into the back of an ambulance at the scene of his arrest Monday (May 26), an incident report from the Minneapolis Fire Department states.

According to the document, which was released by the city Wednesday, first responders were in a state of confusion when they responded to the scene.

Prior to their arrival, the only information first responders had was that Floyd had trauma to his mouth, and by the time paramedics arrived to put him in the ambulance, they noted that he was “unresponsive” and “pulseless.”

Medics at the scene also said they were told by bystanders that police “had killed the man.”

The report says MFD workers were eventually able to get more information about what had happened when they located an off-duty firefighter who witnessed the end of the struggle, and said that they saw Floyd go “from struggling to unresponsive on the ground while handcuffed and subdued.”

Two MFD fire crew members then got into the ambulance with Floyd and other medics. At that time, medics had a chest compression device working on an “unresponsive, pulseless” Floyd.

The fire crew members helped medics and traveled with them to Hennepin County Medical Center, where life-saving attempts were continued on Floyd.

“Medics performed pulse checks several times, finding none, and delivered one shock by their monitor. [Floyd’s] condition did not change,” the report said. Floyd was later pronounced dead at the hospital.

Police said they used excessive force to apprehend Floyd because he was resisting arrest, however, recently released surveillance video from a nearby restaurant proved that to be a lie.

In the now-viral video footage of Floyd’s fatal encounter with Minneapolis police officers, Floyd can be begging for his life and shouting “I can’t breathe!” as now-former officer Derek Chauvin kneeled on the back of his neck while pinning him to the ground.

Bystanders told Chauvin to get off of Floyd while a second officer, later identified as Chauvin’s partner, Tou Thao, ordered people to back away from the scene.

The video, which sparked outrage and protests, shows Floyd going silent and motionless while Chauvin continued to pin him to the ground by his neck.

Two more officers—who have since been identified as Thomas Lane and J. Alexander Kueng—were also involved in the arrest, and all four cops have been fired.

The day after the footage went viral (two days after the incident), Minneapolis Mayor Jacob Frey, in an unprecedented move, called for the “arresting officer,” Chauvin, to be charged with Floyd’s death.

Frey didn’t say what charge he was specifically calling for, however, he did say that he’d been grappling with the question: “Why is the man who killed George Floyd not in jail?”

Frey said because he couldn’t answer that question, he felt the need to speak out and call for justice. “If I had done it, or if you had done it, we would be behind bars right now,” he added.

The mayor also asked for the police body camera footage to be released “as soon as possible” without hindering the investigation.

Hennepin County Attorney Mike Freeman’s office released a statement about the incident Tuesday, saying that “at the end of the investigation, the findings will be presented to our office for consideration of prosecution. We promise a thorough, expedited review consistent with our on-going commitment to justice. Every person is entitled to fairness; no person stands above the law.”

The FBI and Minnesota Bureau of Criminal Apprehension continue their investigation into the case for possible civil rights violations on behalf of the officers involved with Floyd’s death.