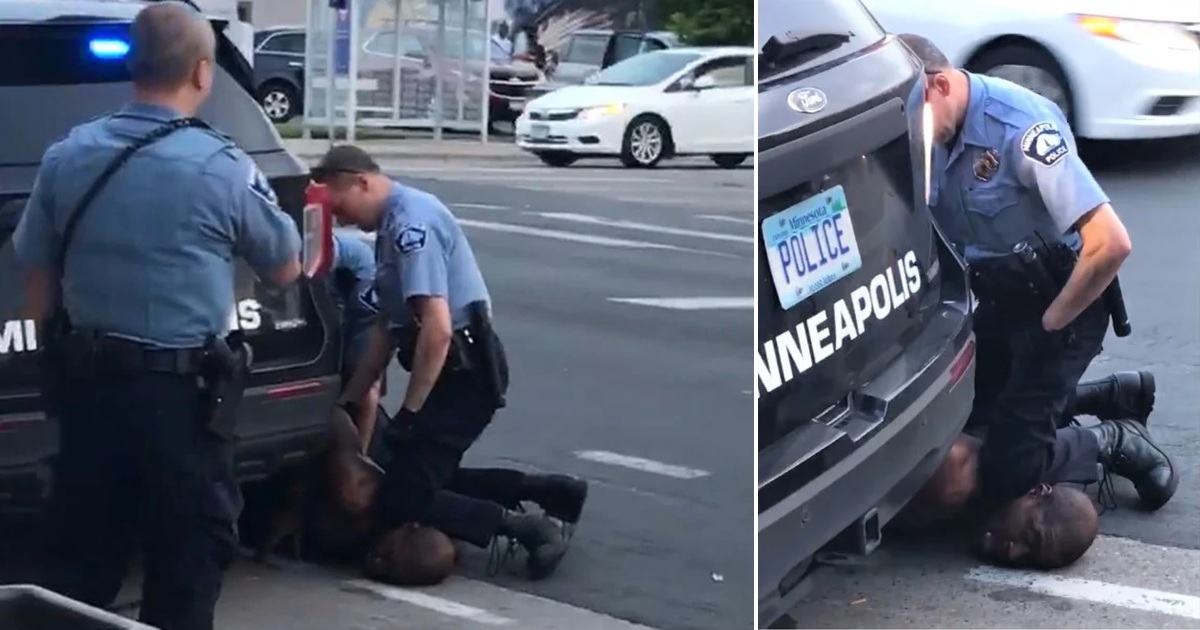 The Minneapolis Police Department is under fire after an officer continuously held his knee on a black male suspect who repeatedly said he couldn’t breathe. The man later died.

The police brutality incident—which was captured on video by a bystander—occurred on Monday (May 25) while police were responding to a “forgery in progress.”

Police arrived to find the man believed to be in his 40s—who has since been identified as George Floyd—sitting on top of a blue car and appeared to be under the influence.

When the man stepped away from the vehicle, police say he resisted offers. They were able to handcuff him and the white officer continued to hold the man down by putting his knee on the suspect’s neck.

In the video recorded by Danella Frazier, the handcuffed man could be repeatedly heard telling the officer that he couldn’t breathe.

He can then be heard groaning with blood coming from his nose.

Multiple bystanders advocated for the man and complained to the police that he couldn’t breathe and that they were killing him.

Police eventually acknowledged that the man was “suffering medical distress,” but by the time the ambulance arrived, he was not moving and unresponsive.

The man was transported to a hospital where he died a “short time later.”

The Minneapolis police released at a statement on Tuesday and noted that “at no time were weapons of any type used by anyone involved in this incident,” as is if to suggest that because there was no gun or taser that they are not responsible for the man’s death.

The statement also confirmed that the officers were wearing activated body cameras during the incident.

The two officers involved in the incident have been “relieved of duty status” with pay.

The FBI will also launch an investigation into the incident for possible civil rights violations.