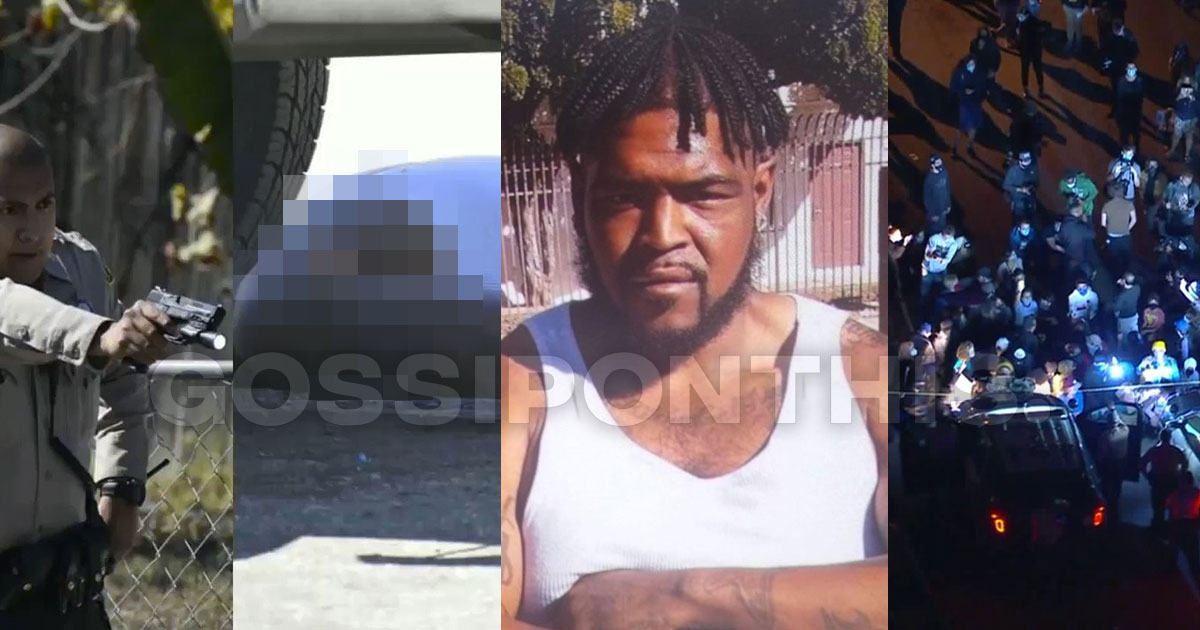 The fatal shooting of a Black man by police has sparked yet another wave of protests in Los Angeles.

CBSLA reports that a large crowd of demonstrators gathered Monday night (Aug. 31) after deputies with the Los Angeles County Sheriff’s Department opened fire on a suspect during a foot chase in the Westmont area.

The man who was killed was identified by a local Black Lives Matters group as 29-year-old Dijon Kizzee.

Video shared on social media showed the man running from police moments before he was shot to death. After the shooting, witnesses can be heard in the video screaming at police.

Video footage of #DijonKizzee who was shot and killed by LASD Deputies in South Los Angeles. pic.twitter.com/3tP5PRFeSm

One woman, who didn’t want her name released, said she knew the man and witnessed the whole thing.

“He had a towel and he had his clothes and his pants couldn’t even stay up, so that’s what made him slow down so they had enough to get him,” she told CBSLA. “They didn’t have to shoot him more than 5 times, they could have shot him one time in the leg.”

The woman said through tears: “What’s the use of having the prison system if y’all are just gonna kill us? What are y’all here for? Who are you protecting?”

Authorities said Kizzee was riding his bike when deputies tried to stop him for what they described as a “vehicle code violation.”

Investigators said the man then took off running and a fight ensued once deputies caught up to him.

“Our suspect was holding some items of clothing in his hands, punched one of the officers in the face and then dropped the items in his hands,” Lt. Brandon Dean said.

“The deputies noticed that inside the clothing items that he dropped was a black semiautomatic handgun, at which time a deputy-involved shooting occurred.”

Dijon Kizzee was declared dead at the scene, and the sheriff’s dept. said a handgun was later recovered.

Officials haven’t confirmed the number of times Kizze was shot, but some witnesses reported hearing up to 20 gunshots fired.

Eyewitnesses also said Kizzee’s lifeless body was still laying on the ground “several” hours after he was killed.

A woman just walked by and yelled "I'm going to the police station, they need to cover up my cousin!" She was very angry. Apparently LASD still has not covered up Dijon Kizzee to shield his body from view, several hours after his killing

LASD murdered Dijon Kizzee in Los Angeles at 3:15 p.m. near West 109th Place and South Budlong Avenue. His body is still on the pavement. It is 10:45 p.m. Read that again.

A small crowd gathered at the scene immediately after the shooting, but the number of people quickly grew to hundreds.

About 75 to 100 demonstrators are gathered near West 109th Place and Budlong Avenue in South L.A. where deputies with the Los Angeles County Sheriff's Department shot and killed a Black man earlier today https://t.co/xCnRQq1v6r pic.twitter.com/XQXpwWpR16

“How many more times do we have to gather out here, mourning the loss of our brothers and sisters,” one protester told reporters.

Sheriff’s deputies are pushing into a non-violent line that’s been here all night. They are escalating pic.twitter.com/rqll0ioo5l