GOSSIPONTHIS.COM Videos It Was All A Lie: Surveillance Video Proves George Floyd Did NOT... 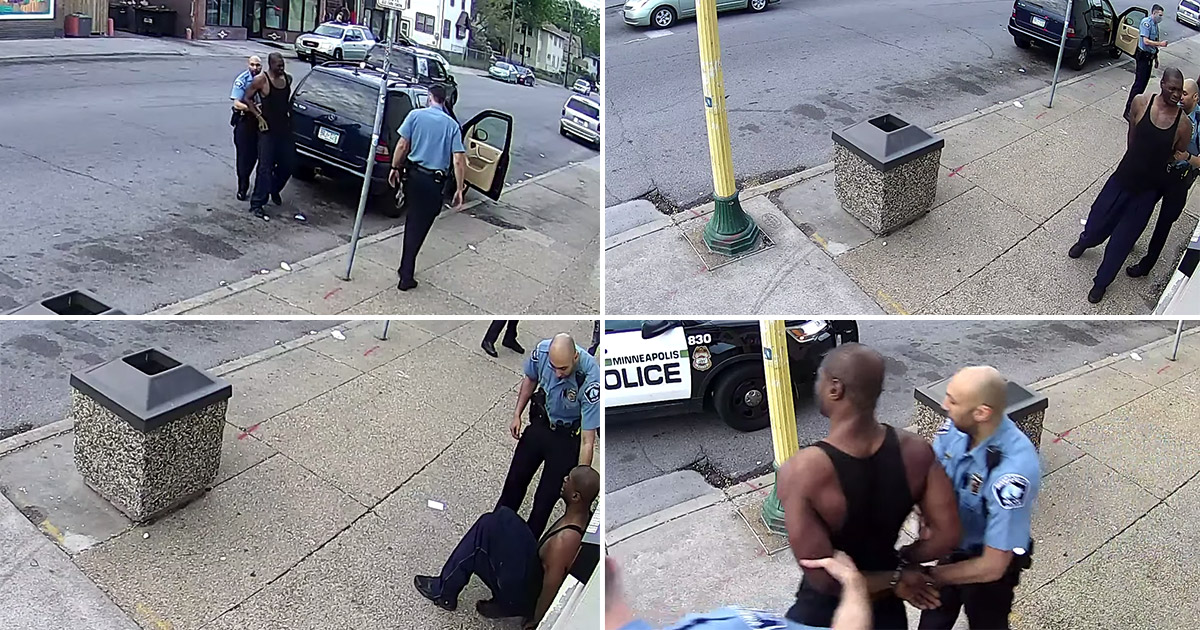 After former Minneapolis cop Derek Chauvin was caught on video pinning George Floyd to the ground with his knee on the back of his neck, which resulted in the man’s death, police officials said Chauvin had to use force because Floyd was resisting arrest.

However, as it turns out … and (per usual) this may or may not surprise you … that was a whole, entire bald-faced lie.

According to newly released surveillance footage, Floyd appeared to be fully cooperating with police as they detained and handcuffed him.

With his hands cuffed behind his back, Floyd appears to be ordered to sit on the ground, which the video shows he does with no issue. A few minutes go by and he’s helped to his feet and led out of the camera’s sight.

The footage—which was captured by nearby restaurant Dragon Wok—directly contradicts claims from police that Floyd “physically resisted officers” upon exiting his vehicle.

As was previously reported, police said they were responding to a report of a “forgery in progress” and were advised that Floyd appeared to be under the influence.

According to TMZ, an employee at a nearby business said George had attempted to pay with a $10 bill, which they suspected to be counterfeit, and reported it to police, per company policy.

The surveillance footage was released by Dragon Wok owner Rashad West, who said he put the footage out for his community.

What happened next is what we’ve all seen in the viral cell phone footage where Floyd can be seen begging for his life and shouting that he “cannot breathe!” as Derek Chauvin pins his knee on the back of his neck.

Bystanders can be heard telling police to let him up before his body goes completely limp.

Police said in a statement that Floyd appeared to be suffering medical distress when he was taken to Hennepin County Medical Center, where he “died a short time later.”

Derek Chauvin, his partner Tou Thao and two other cops involved with the fatal incident have since been fired, which Minneapolis Mayor Jacob Frey said on Twitter was “the right call.”

Four responding MPD officers involved in the death of George Floyd have been terminated.

This is the right call.

The FBI and Minnesota state authorities also announced that they were investigating the incident for possible civil-rights violations.