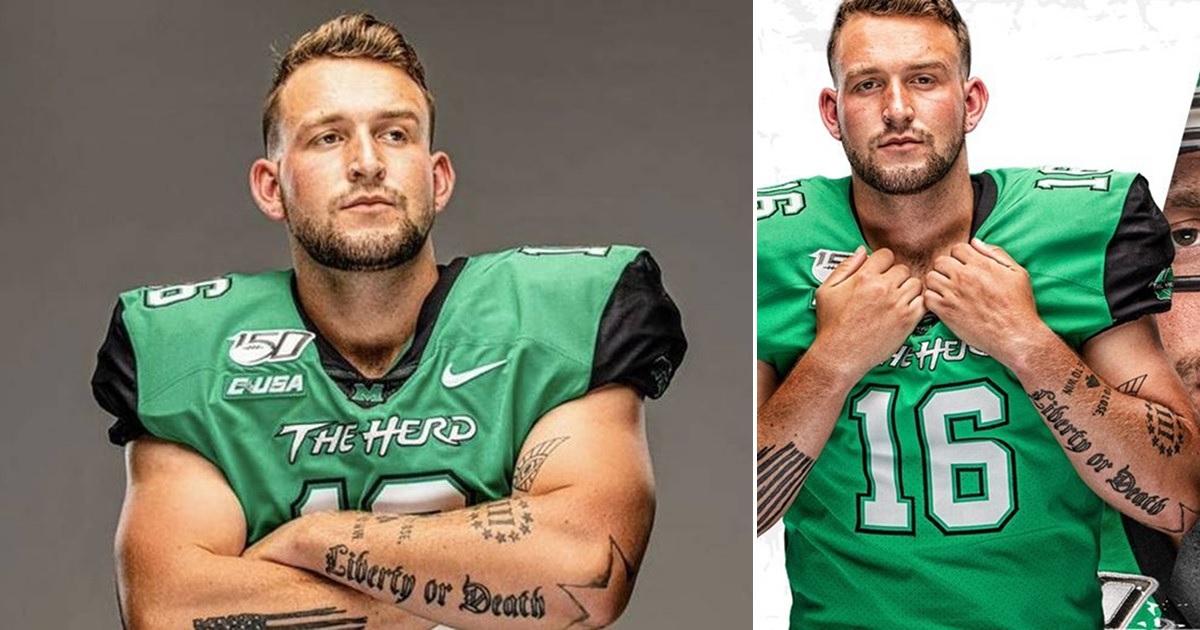 The New England Patriots draftee who proudly dons a tattoo of the symbol for a far-right militia group now says he had no prior knowledge of the organization’s anti-government stances and that he will be removing the controversial tattoo soon.

Justin Rohrwasser received heavy backlash after being drafted by Donald Trump’s favorite team as a kicker last week because of a tattoo dedicated to the Three Percenters: the Roman numeral three surrounded by stars.

Though the Three Percenters is not designated as a hate group, it does exhibit hate group characteristics and the Anti-Defamation League has classified it as “anti-government.”

The pro-gun, far-right group was established after the election of Barack Obama and opposes federal government overreach. They’ve also been accused of advocating against immigrants, refugees and minorities.

“The first time I found out what [the tattoo] was linked to was Saturday,” Rohrwasser told CBS Boston on Monday (Apr. 27).

“As soon as I saw what it was linked to on Saturday, at exactly that time I knew I had to get it totally taken off my body. I said cover it up but I want to get it removed from my body. It’s shameful that I had it on there ignorantly.”

Rohrwasser—now 23—said he got the tattoo when he was 18 years old and that it was described to him as a symbol of patriotism and military support.

“I’m sorry for all my [friends] and family that have to defend me,” he continued.

“Putting them in that compromising position is one of the biggest regrets I’ll ever have. To them I’m sorry, and I’m going to learn from this. I’m going to take ownership of it… No matter what, that’s not who I am and hopefully you all will find that out.”

But many are wondering if this is this enough.

Are we to believe that Rohrwasser really didn’t know the meaning of that tattoo he permanently getting his body? And no one ever questioned it before?

And if he does get it removed, that definitely doesn’t remove the shared beliefs he may hold with the far-right group.

As of now, Rohrwasser is still expected to join the same NFL that ousted Colin Kaepernick for protesting police brutality against black bodies on the Patriots’ roster.