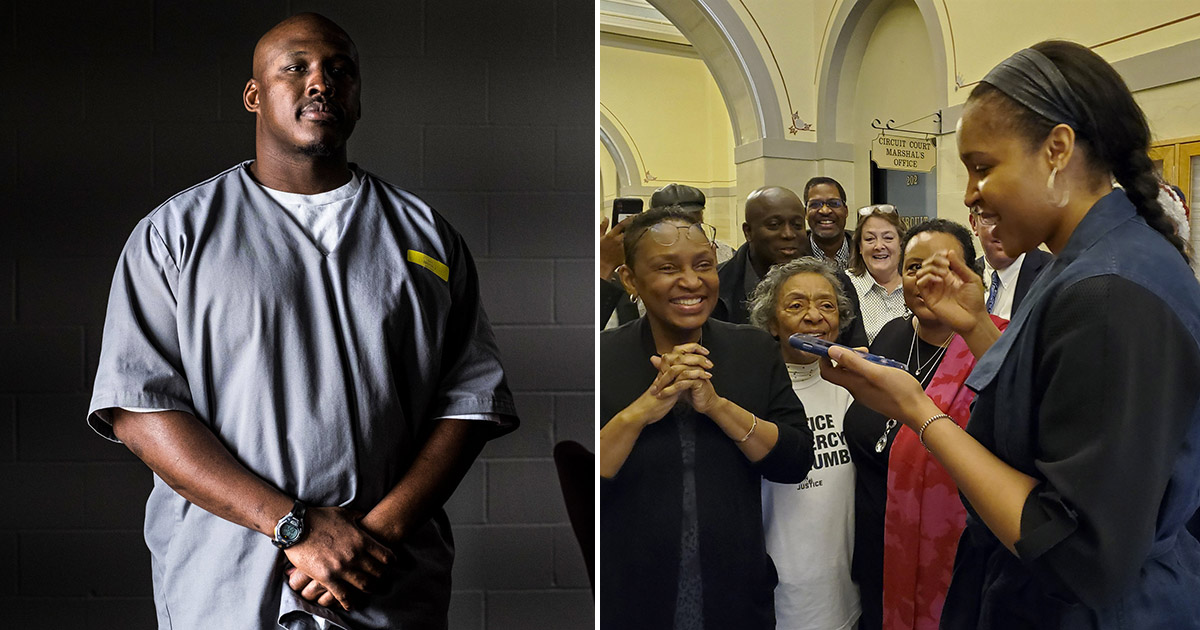 Maya Moore has consistently been one of the best players in the WNBA, earning the Rookie of the Year title back in 2011, four WNBA championships, and two Olympic gold medals.

However, these days she’s making an even bigger impact off the court by fighting for criminal justice reform.

Specifically, the 30-year-old star of the Minnesota Lynx has been fighting to overturn the guilty verdict of 39-year-old Jonathan Irons, who has been behind bars since 1997 after being convicted of burglarizing a home and assaulting the homeowner with a gun.

Irons, who was only 16 at the time, claimed his innocence, but he was ultimately found guilty by an all-white jury despite zero evidence that he did it other than being identified by the homeowner.

He was tried as an adult and sentenced to 50 years in prison, but he has maintained his innocence ever since the conviction.

Moore became involved in the case when she met Irons in 2007 during a visit to the Jefferson City Correctional Facility where he was imprisoned, and after talking to him, she quickly decided to intervene.

Now, more than a decade after meeting and continuing to fight the conviction, Moore and Irons have finally found success. On Monday (Mar. 9), Judge Green overturned the conviction of Irons.

Moore, who was in attendance when the Judge made his ruling, told reporters: “It felt so surreal. We finally have justice. I was just thinking, ‘Did this really happen? Did it?'”

“Mankind, He has told you what is good and what it is the Lord requires of you: to act justly, to love faithfulness, and to walk humbly with your God.”
Micah 6:8 HCSB

Irons also could not suppress his elation at the news, saying: “It feels like I can just breathe, like the weight of the world is off of me, like I have the chance to live.”

When asked about Moore’s participation in helping to fight his case, Irons put it simply: “She saved my life.”

Despite the victory, the fight still isn’t over for Irons and Moore. The state of Missouri can still challenge the Judge’s decision to overturn the conviction or retry the case in the next 45 days.