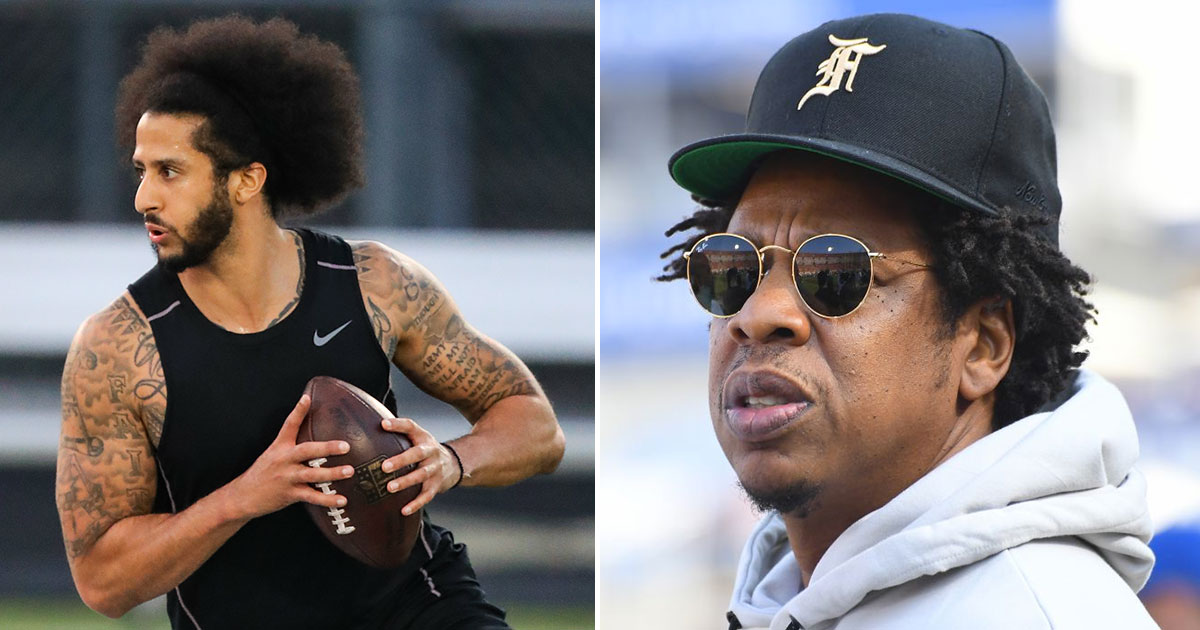 Jay-Z is reportedly disappointed with Colin Kaepernick for how he handled his NFL workout on Saturday.

XXL reports that sources close to Jay-Z are saying that that the Hip-Hop mogul is unhappy with Colin for turning “a legitimate workout” into a publicity stunt.

Kaepernick was scheduled to showcase his talent for NFL scouts Saturday (Nov. 16) at the Atlanta Falcons practice facility in Flowery Branch, Georgia.

However, just prior to the scheduled event, Kap bailed on the NFL-sanctioned workout and held his own at another location at a nearby high school.

Kap’s reps released a statement saying he took issue with a number of things, including the NFL requiring him to sign an “unusual liability waiver that addresses employment-related issues” and rejecting his standard liability waiver from physical injury.

He also didn’t like how league officials wouldn’t allow the media to attend the combine-style workout.

“Additionally, Mr. Kaepernick requested all media be allowed into the workout to observe and film it and for an independent film crew to be there to ensure transparency. The NFL denied this request. Based on the prior conduct by the league office, Mr. Kaepernick simply asks for a transparent and open process which is why a new location has been selected for today. Mr. Kaepernick looks forward to seeing the representatives from the clubs today.”

The NFL released its own statement about Kap’s moves, saying that that he didn’t tell them about wanting the event to be open to the media until the night before.

Jay-Z’s sources say the rapper feels as if Colin’s actions were a slap in the face, especially after he reportedly pressured the league into making sure reps from all 32 NFL teams attended (even if he did have an ulterior motive).

The reviews from Colin’s workout were mixed, with some scouts reportedly impressed with his arm strength and others reportedly saying he looked average at best.

Colin Kaepernick hasn’t played an NFL since the end of the 2016-2017 regular season after he became a controversial figure in the league for kneeling during the national anthem in protest of police brutality and racial inequality in the United States.

Kaepernick filed a grievance with the NFL in October 2017 accusing league owners of collusion to keep him out of the league.

The NFL requested to dismiss the case, but was denied, which meant the case would go to trial. However, it was announced in February 2019 that Kap had withdrawn the grievance after reaching a confidential settlement with the NFL.

Watch a replay of Kap’s full workout below: