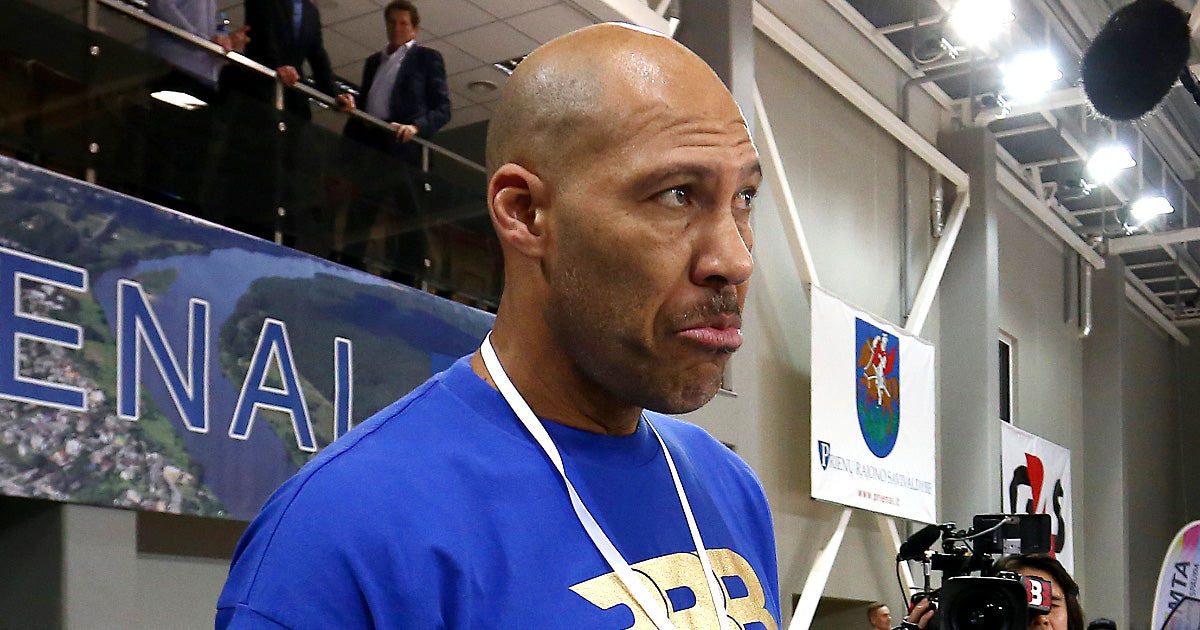 While big mouths can sometimes net big ratings, it looks like ESPN is taking a hard stance on shutting up LaVar Ball’s big mouth. At least for a while.

For those who need a quick recap: The father of the Ball brothers Lonzo, LaMelo and LiAngelo landed in hot water recently over an exchange he had with ESPN anchor and Jalen Rose’s wife, Molly Qerim.

While Qerim was interviewing LaVar, she mentioned that she wanted to “change gears” in the interview to a different subject matter. LaVar smartly responded, “You can switch gears with me any day.”

Qerim and ESPN interpreted LaVar’s comments to be sexual in nature and ultimately, inappropriate.

You can watch the clip below:

Honestly, I didn’t interpret LaVar’s comments as being sexual in nature at all.

I took his comments to mean nothing more than, “I’m game for whatever you want to throw at me.” Which is pretty much what LaVar’s rep told TMZ his intentions were.

But Molly, ESPN and her husband, Jalen Rose, all disagree.

ESPN put out a strong statement reprimanding the pompous basketball daddy: “LaVar Ball’s comment to Molly Qerim Rose was completely inappropriate and we made him aware of that.”

And now, ESPN is backing up its words with action. Richard Deitsch of The Athletic reported that ESPN stated it has no plans to allow LaVar on the air in the near future.

There will be no LaVar Ball on any ESPN platform heading forward — at least as of now. Asked if Ball will be used as an on-air guest, an on-the-record source for digital, or a background source for ESPN, an ESPN spokesperson said,"We have no plans moving forward."

Honestly, a statement like this is pretty toothless. The NBA season is over and Lonzo just got massively downgraded after the Lakers traded him to the New Orleans Pelicans.

So canceling LaVar as his stock went down isn’t really doing much to hurt their ratings. But let LaVar or one of his sons become a top news item in sports again and I’m sure LaVar will be back on ESPN in the blink of an eye.

But what do y’all think? Are Molly and ESPN right to be mad at LaVar’s comments or do you think they’re overreacting and making something out of nothing?