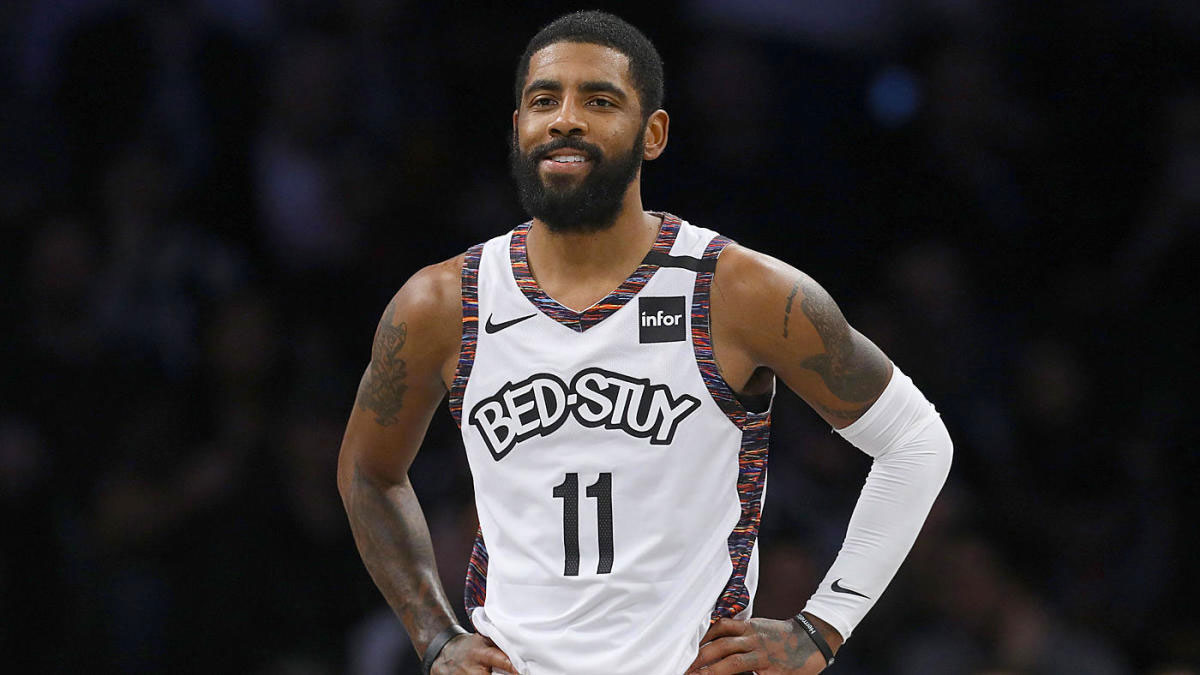 Back in June, it was reported that NBA superstar Kyrie Irving had made it known that was not in support of the league’s plan to restart the season in Orlando, Florida because he wanted to focus on systemic racism and racial injustice amid the Black Lives Matter protests going on in the country in the wake of rampant police killings across the country. (Not to mention, we are in the middle of a pandemic.)

“I don’t support going into Orlando,” Irving reportedly said in a conference call with over 80 fellow NBA players, including Chris Paul, Kevin Durant, Donovan Mitchell, Carmelo Anthony and Dwight Howard. “I’m not with the systematic racism and the bulls**t. Something smells a little fishy.”

Shams Charania of The Athletic also reported that Irving said that he’s “willing to give up everything” for social reform.

Since then, the NBA decided to resume the season in what is now known as the “NBA Bubble.”

But now that the league has decided to postpone upcoming playoff games amid protests following the police shooting of Jacob Blake in Kenosha, Wisconsin, Twitter is pointing out that Kyrie Irving made this call a long time ago and deserves an apology from everyone who said he was wrong and crazy for wanting to outright cancel the 2019-2020 NBA season.

Kyrie deserves an apology from everyone

“Kyrie irving, the disruption.” Apology needed to be loud. https://t.co/Hp8OTBUkaP

Love or hate him, Kyrie was speaking for a lot of players. He was doing his job as the Vice President of the NBPA . pic.twitter.com/06mdF7yaDg

You need to write a formal apology to Kyrie Irving on what you tried to do to his name, his brand, and character because of him voicing how it is living as a black man in America. https://t.co/d7X7HrmS9L

I’ll never ever ever forget the way Kyrie was demonized for saying the things everybody is saying now.

kyrie was right from the get-go

Kyrie Irving is the most misunderstood player in the NBA. pic.twitter.com/vMj0wNjkYs

This Bucks boycott is the type of issue that Kyrie brought up 2 months ago and everyone clowned him for it pic.twitter.com/9Osd77vePh

“No one is listening to Kyrie. The NBA is going to continue. All he is doing is causing unnecessary drama…”

Also called Kyrie “confused” and attacked him for a “lack of leadership.

He should publicly apologize to Kyrie. pic.twitter.com/4hI0uJA61j

So many people owe Kyrie Irving an apology ? pic.twitter.com/STk5Sv4bOS

They labelled Kyrie Irving an idiot, crazy, selfish etc. when he even suggested sitting out. Now what?

Kyrie is one of the best in the world, he loves hoop, but he was willing to put it away to shake the system up.

Now it’s happening. Salute to him for having the vision. pic.twitter.com/NtbiMjURg6

I also won’t forget that you backed the NFL when they clearly sabotaged Colin Kaepernick’s “tryout” too https://t.co/gIHZGN6fst

This makes me think of the reasons ppl were shaming Kyrie for not wanting to play ! Now we back boycotting ! Either way let’s make a change !

Shout out to Kyrie Irving

Kyrie Irving was never a “disruptor,” he was trying to be a uniter. And he was right.

This the same dude that tried to put dirt on Kyrie Irving’s name for boycotting the NBA … clown ? now you’re proud about boycotting but was upset with Kyrie Irving when he was boycotting GTFOH #NBABoycott https://t.co/PjKdchCcyL

Do you think Kyrie Irving deserves an apology? Sound off in the comments below!