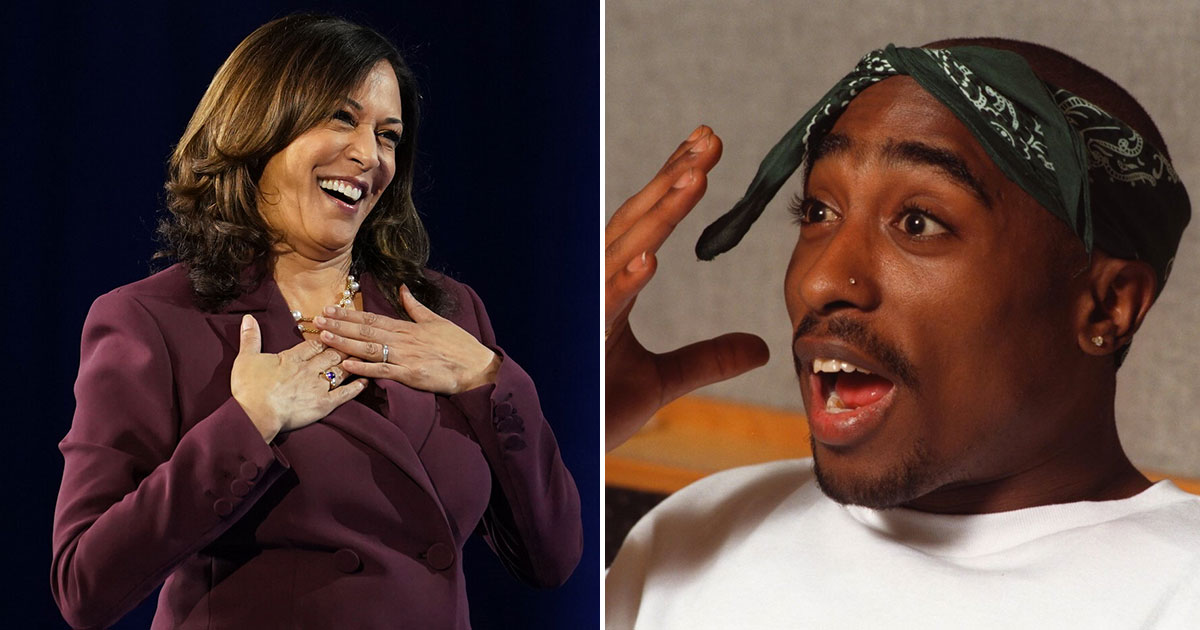 Democratic vice presidential nominee Kamala Harris was mocked on social media for naming Tupac Shakur the “best rapper alive” … even though he’s been dead for 24 years.

During an interview at the NAACP’s virtual convention Friday (Sep. 25), CNN commentator Angela Rye asked Harris who she considered to be the “best rapper alive.”

“Tupac,” Harris replied before Rye reminded her that the West Coast icon had passed away more than two decades ago.

“He’s not alive. You said, ‘He lives on,'” Rye said, trying to save face for Harris.

Then says “Not alive, I know, I keep doing that.”

Tries to think of another living rapper. “There’s some I would not mention right now because they should stay in their lane.” pic.twitter.com/MZJ5FZC4qP

Tupac has famously been the subject of conspiracy theories suggesting that he faked his own death when he was fatally shot in Las Vegas in September 1996, which Rye jokingly referenced.

“Listen, West Coast girls think Tupac lives on; I’m with you,” she laughed.

After the former San Francisco district attorney struggled to name a living rapper—”There’s so many, you know? There’s some I would not mention right now because they should stay in their lane”—she eventually passed on the question.

“That was not supposed to be a stumper,” Rye added.

Social media users clowned Harris for her response to the question, with one writing on Twitter: “Can’t take this level of cringe for the next 2 months please stop asking her these questions.”

“She should have just said she’s not up on today’s rappers and she likes more old school and left it at that,” wrote another.

Remember when Kamala Harris bragged about smoking weed & listening to 2Pac Tupac in college?
But she spent her career putting black men behind bars & extending their sentences for doing the same thing.
Turns out Tupac had not released an album a when Kamala was in college

Wow. What a BIG gaffe! Kamala Harris is out of touch, names Tupac 'BEST RAPPER ALIVE’https://t.co/gFtdMgZhzR

So Tupac is trending cuz Kamala Harris said he’s the best rapper alive? … I mean… I BEEN a believer of the theory that Pac faked his death to avoid the Illuminati! She probably knows the truth!!!

either Kamala Harris is out-of-touch with modern hip-hop, or………… a sitting US Senator with SCI Security Clearance just let slip that Tupac is alive https://t.co/wNBYUARcP0

Rye: He's not alive! You say he lives on…

Harris: I know… I keep doing that. (LAUGHS)

So either the conspiracy theories are right about Tupac, or someone needs to inform Kamala Harris of the bad news.

But in reality she's just an idiot that's pandering. https://t.co/IfccuUURyF