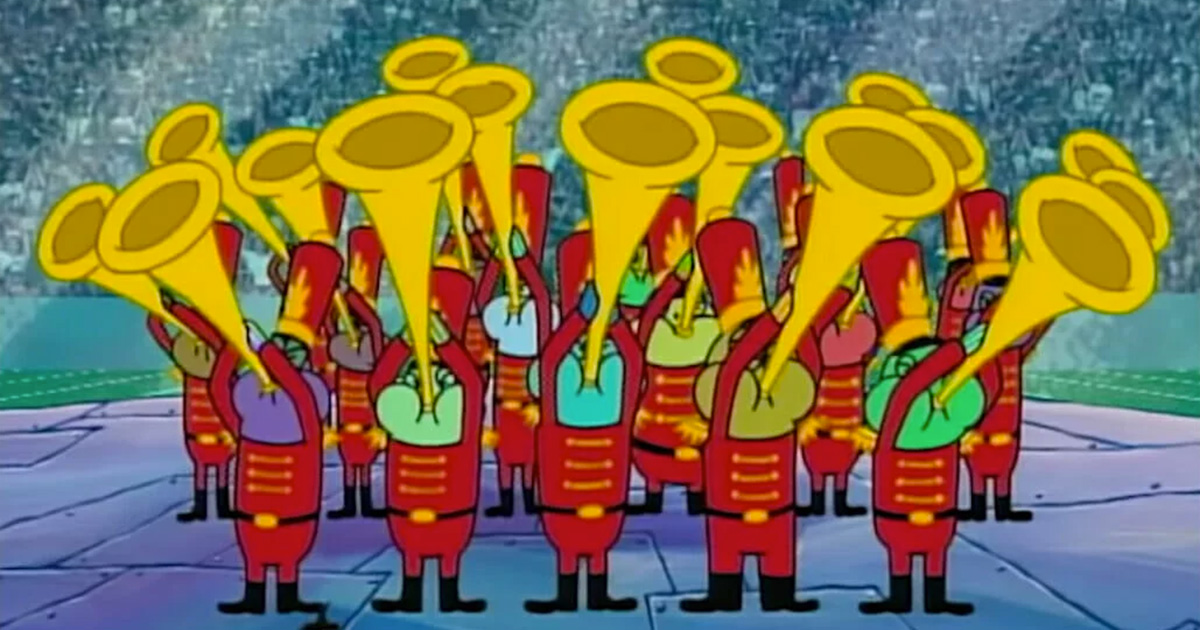 A college student behind a viral tweet featuring a mashup of a popular SpongeBob Squarepants episode and Travis Scott’s “Sicko Mode” song would like credit for basically creating the intro to Scott’s Super Bowl LIII halftime show performance.

No credit. No payment. No nothing. Everyone please RT until @NFL @NFLonCBS @CBS @nflnetwork addresses me. Thank you. https://t.co/1q0NNOfYHl

See, a very similar mashup of SpongeBob and “Sicko Mode” was shared back in September by Twitter user Anthony Trucco.

That tweet went viral after getting a nod of approval from the official SpongeBob Twitter account, and, following last night’s performance, Trucco reposted his version of the clip, tagging the NFL and CBS while declaring, “No credit. No payment. No nothing.”

While there are plenty of similarities between the two clips, nobody would say they’re exactly the same. The question, then, becomes: What credit, if any, does CBS owe to this SpongeBob meme creator?

In a pre-game report, CBS Sports alluded to the “Sicko Mode” meme and cheekily implied that Scott’s appearance at the halftime show was a good indication that SpongeBob would be getting a shout out. Still, they made no direct reference or acknowledgment of Trucco.

So, what does Anthony Trucco want? He didn’t create SpongeBob Squarepants. He didn’t write or record “Sicko Mode.” He was, however, the first person to place them side-by-side and, hey, that’s got to be worth something.

With the recent backlash against meme and joke aggregator accounts like F**k Jerry, the conversation around the value of internet content seems more important than ever.

In a statement to The Daily Dot, Trucco walked back some of the grievances in his original tweet but maintains he deserves some sort of acknowledgement:

“I am not seeking legal credit or reparations for the use of my creation…It wouldn’t have taken a lot of work for one of the parties that I mentioned [in my tweet] to acknowledge the inspiration for the Super Bowl set. I want to make it very clear that I am in no way upset or angry at anyone…One thing I can say with 100% certainty is that those two creations would have never existed together at today’s halftime show had I not brought the two together in my mashup video.”

Do you think this guy deserves the credit he’s asking for?