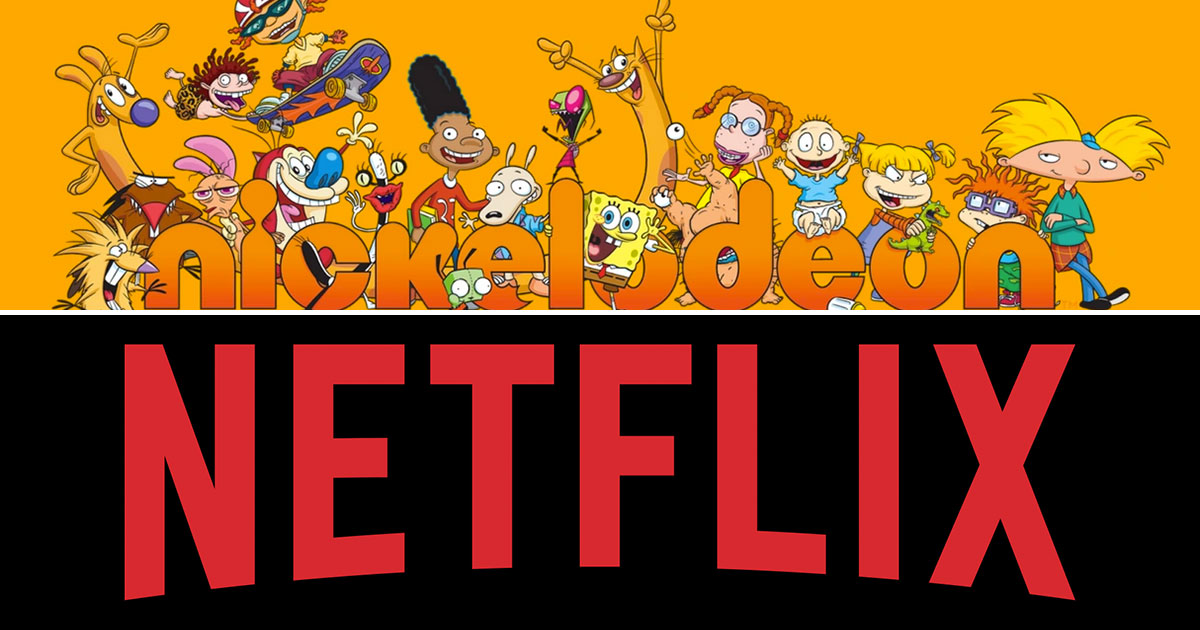 In response to the launch of Disney’s new streaming service, Nickelodeon and Netflix have announced that they’re teaming up to produce new films and TV series based on Nick characters, as well as bring more existing Nick content to Netflix!

Netflix and Nickelodeon today announced that they have formed a new, multi-year output deal to produce original animated feature films and television series – based both on the Nickelodeon library of characters as well as all-new IP – for kids and families around the world.

This marks an expansion of the existing relationship between the companies, which has already brought several popular titles to Netflix, including animated specials Rocko’s Modern Life: Static Cling and Invader Zim: Enter the Florpus. Also forthcoming are specials based on The Loud House and Rise of the Teenage Mutant Ninja Turtles.

“Nickelodeon has generated scores of characters that kids love, and we look forward to telling wholly original stories that re-imagine and expand on the worlds they inhabit,” said Netflix vice president of original animation, Melissa Cobb.

“We’re thrilled to continue collaborating with Brian Robbins, Ramsey Naito, and the creative team at Nickelodeon in new ways as we look to find fresh voices and bring bold stories to our global audience on Netflix.”

“Nickelodeon’s next step forward is to keep expanding beyond linear platforms, and our broader content partnership with Netflix is a key path toward that goal,” said Brian Robbins, President, Nickelodeon.

He added, “The Nickelodeon Animation Studio is home to the world-class artists and storytellers behind some of the most iconic characters and shows ever made, and our head of Animation, Ramsey Naito, has been building on that legacy over the past year by ramping up development and production exponentially. The ideas and work at our Studio are flowing, and we can’t wait to work with Melissa and the Netflix team on a premium slate of original animated content for kids and families around the world.”

The news comes just 24 hours after the launch of Disney+, which has so far been a massive success for Walt Disney Co., who announced Wednesday (Nov. 13) that the platform garnered 10 million sign-ups on day one.

Back in April, Disney said it plans to reach 60-90 million Disney+ subscribers globally by 2024.

Netflix currently has over 60 million subscribers in the United States and 158 million globally.