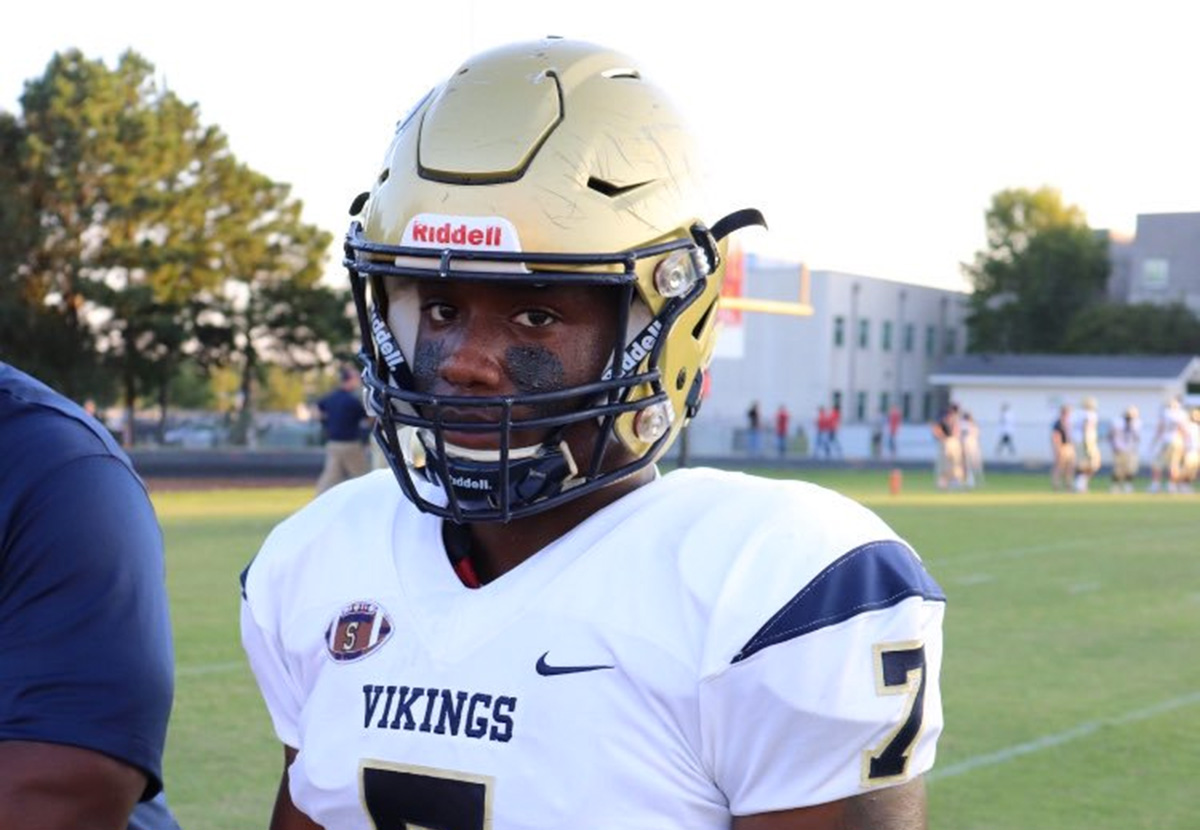 A South Carolina community is in mourning after a popular high school football player died unexpectedly during surgery.

According to WSPA 7 News, 18-year-old Nick Dixon—a senior at Spartanburg High School and the school’s football captain—died Friday afternoon (Jan. 11) at Spartanburg Medical Center after experiencing complications during an ACLA and meniscus surgery.

Superintendent Dr. Russell Booker said Dixon passed away less than 24 hours after he verbally committed to attend Wingate University and play defensive line or linebacker for the Bulldogs.

“You can tell a lot about our young people with what they post on social media and if you take some time and look at his, all you will find is him encouraging different people,” Dr. Booker told WSPA.

Dixon’s last game was the Shrine Bowl, in which players from South Carolina and North Carolina play against each other in an all-star setting. “Which means he was one of the most elite athletes in his position,” Booker said. Dixon played linebacker, defensive line and running back for Spartanburg H.S. According to his 247Sports profile, in addition to Wingate, Dixon also had scholarship offers from Georgia State, The Citadel and North Greenville College.

“I can’t begin to tell you how heartbroken we are at the loss of one of our beloved students, Mr. Nick Dixon,” read a post on the Spartanburg football Facebook page Friday. “He died unexpectedly this afternoon during surgery. Nick was most recently honored to play in the Shrine Bowl of the Carolinas. What an awesome young man gone too soon!”

Nick Dixon you will be missed. pic.twitter.com/6R3t1JHrco

Family friend Primes Woodruff said of Dixon: “He had a very bright personality. Had a really, really big heart.”

Woodruff added: “He took to this community so strongly – not just as an athlete but the pride he found in this community. It’s always a shock to people when someone so young and so vibrant loses their life.”

A candlelight vigil will be held in honor of Dixon’s memory Sunday at 6 p.m. on Spartanburg’s football field, Fox Carolina reported. He’ll also be honored by Wingate with a jersey brought to the school for National Signing Day ceremonies.

“I’m broken hearted that I’m not going to shake his hand in May and give him that diploma,” said Dr. Booker. “As we have two thousand students coming to school on Monday they’re going to be heartbroken.”

A GoFundMe has been created to help his family with funeral costs. Click Here to donate.

“As time is of the essence, every donation from the least to the greatest would be greatly appreciated,” a message from Dixon’s family read. “Thank you for all your prayers and support during this time of bereavement.”