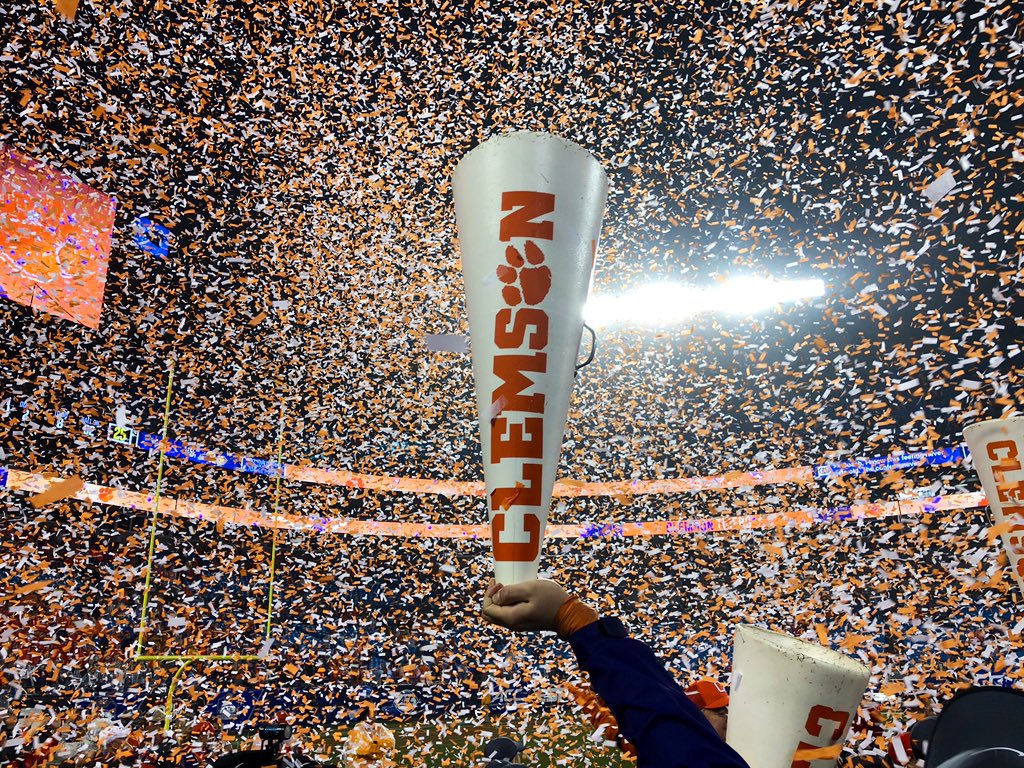 This marks Clemson’s fourth straight title win, and Clemson is the ONLY team in the ACC to win four consecutive titles.

The first team in the ACC's 66-season history to win four-consecutive outright titles… but the work is not done. #ALLIN ? pic.twitter.com/gWtQDZI3cc

The victory also secured the Tigers a spot in the College Football Playoffs for the fourth consecutive year. The Tigers will likely be the No. 2 seed when the CFP rankings are released Sunday afternoon.

More via The State:

The battle between the second-ranked Tigers and the 7-5 Panthers was a mismatch on paper, and that’s the way the game played out.

Clemson running back Travis Etienne scored on a 75-yard touchdown run on the first play of the game and went on to rush for 156 yards and two touchdowns on 12 carries.

The Tigers led 28-10 at the half as Etienne scored from 3 yards out and Trevor Lawrence tossed a pair of touchdown passes to Tee Higgins.

Clemson’s defense helped to set up two of Clemson’s first-half scores. Isaiah Simmons hit Pitt quarterback Kenny Pickett from behind in the first quarter and forced a fumble, which was recovered by Christian Wilkins and returned 18 yards to the Pitt 3. Etienne scored on the next play.

The Tigers led 21-10 with less than a minute remaining in the first half when Pickett was picked off by Clemson cornerback A.J. Terrell. The sophomore returned the interception 31 yards to the Pitt 10, and Lawrence found Higgins for a score with 25 seconds left in the second quarter on the next play.

Clemson scored a pair of touchdowns in the fourth quarter with Adam Choice scoring from a yard out and Lyn-J Dixon adding a 4-yard touchdown run.

Clemson will either play in the Cotton Bowl (in Arlington, TX) or the Orange Bowl (in Miami) against an unknown opponent on December 29th. The CFP selection show airs tomorrow at noon on ESPN and the playoff teams will be announced at 12:30 p.m.