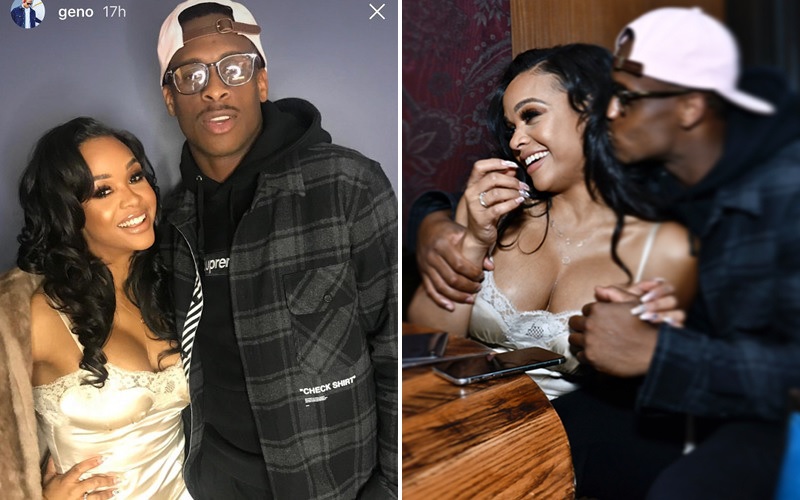 Love & Hip Hop Hollywood‘s Masika Kalysha is apparently in a happy new relationship. But even though she’s been subtly posting the new bae on social media, she’s kinda pissed that we found out his identity.

Masika’s (rumored) new boyfriend is NFL quarterback Geno Smith. She recently posted a series of photos on Instagram of her birthday dinner at TAO restaurant. She can be seen holding Smith’s hand but (barely) blurred out his face. Many peeped the mystery man and was instantly interested in who the LHHH star was dating. The snooping and rumors must have gotten to Masika because she unleashed a rant on Twitter.

“Smfh y’all talk so much sh*t b/c I don’t share sh*t. I try 2 share parts of my bday wit y’all & y’all wanna do a f**king Fbi investigation to figure out some sh*t,” she wrote. “And you wonder why a bitch keeps her private life private. Y’all ruin everything, blowup everything, make up everything.”

Smfh y’all talk so much shit b/c I don’t share shit. I try 2 share parts of my bday wit y’all & y’all wanna do a fucking Fbi investigation to figure out some shit & you wonder why a Bitch keeps her private life private. Y’all ruin everything, blowup everything, make up everything

I don’t need validation from strangers to know my worth as a woman. Y’all put so much value on a public persona it’s sad. B/c I don’t post pictures with men y’all dumb asses really be believing that there’s not a line of your mcm’s wrapped around the building waitin on a chance

& I say that in the humblest way possible. I don’t need nor do I want the attention. I’d much rather y’all trolls keep thinking I’m obsessed wit a nigga that won’t leave me alone or think that I’m over here sad & Lonely with no one to love me. Y’alls 2 favorite fairy tails

She also goes on to say that she has dated several well-known men in the past without much public scrutiny because white paparazzi don’t know who she is. “A lot of them don’t know the difference between a basketball wife & a soccer mom,” she tweeted.

You’d be surprised. I’ve privately dated very public men & I go to public places. Most paps r white & a lot of them don’t know the difference between a basketball wife & a soccer mom. Plus the blogs r so busy tryna get y’all to believe a lie y’all don’t pay actually pay attention https://t.co/UiWAeFf4Eo

Despite Twitter’s “FBI investigation,” Geno Smith is actually the one who outed the alleged couple by posting a pic of the two on his Instagram story.

You may recall Masika’s very contentious relationship with Fetty Wap. The two have a two-year-old daughter, Khari.