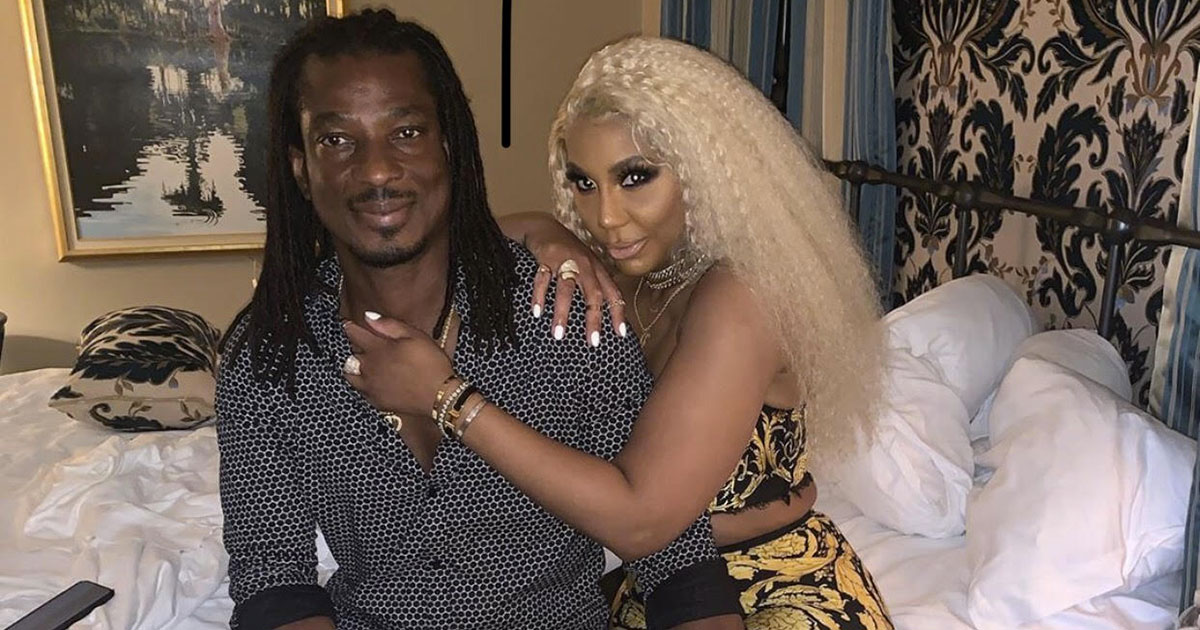 Tamar Braxton’s fiancé, David Adefeso, has reportedly filed a restraining order against her on claims of domestic violence.

According to TMZ, Adefeso went to a judge Tuesday (Sep. 8) to file the paperwork against Tamar, saying that he was seeking to prevent a domestic violence incident on his part. The court has not yet approved Adefeso’s request.

The news comes nearly two months after Tamar was rushed to a hospital after David found her unresponsive and called 911.

Braxton and Adefeso were staying at the Ritz Carlton hotel in downtown Los Angeles when Adefeso says Braxton was drinking and took an unknown amount of prescription pills, with sources saying that he believed it to be a possible suicide attempt.

In his 911 call, David told operators Tamar was having issues with WeTV after the network released the trailer for her new reality show Tamar Braxton: Get Ya Life!

After the news broke, sources close to the Braxton family said Adefeso was unhappy about being portrayed on the show as a controlling boyfriend, and his reaction reportedly “made Tamar upset.”

Family sources also claim to have noticed a change in Tamar’s behavior since she and David started dating. They say she has mood swings that tend to align with David’s feelings, and he’s been “very involved” in her business decisions lately.

After being released from the hospital, Tamar took to Instagram to publicly thank David for “saving [her] life.”

“I couldn’t let another day, another second go by without PUBLICLY Thanking my Love @david.adefeso for saving my life … I’m so grateful,” she wrote in a since-deleted message.

“Through this entire time, you have held my hand, heard my cries, held me when I have been weak. You have had my ENTIRE back!! I will not allow anyone to call you controlling or ‘that’s that African man’ like I don’t have a mind of my own cause without THIS African man, I simply would not be here.”

Tamar Braxton and David Adefeso, a financial advisor, went public with their relationship in 2018 following Tamar’s split from her ex-husband Vince Herbert, who is the father of her 7-year-old son Logan.

It isn’t clear when they became engaged, but Tamar Braxton posted (and deleted) on Instagram earlier this month that she “been said yes.”