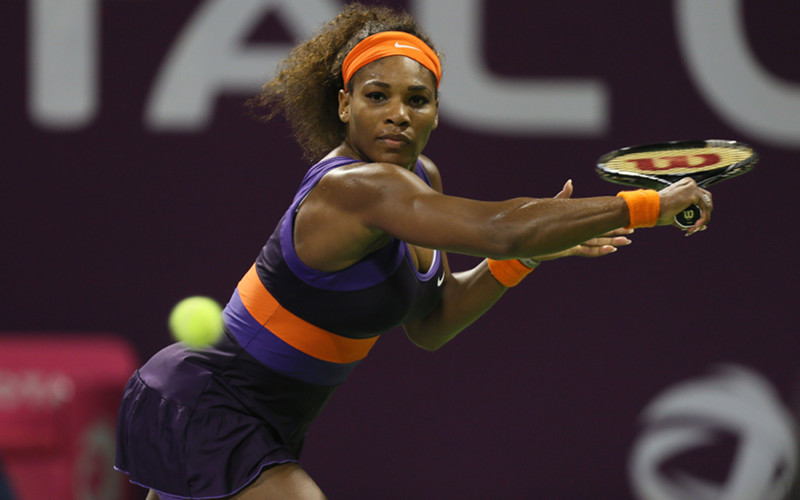 She gave y’all nearly a full year to have “your moment,” get to her level, and prepare for her return. Now, the wait is almost over. Serena Williams has announced her return to competitive tennis since giving birth.

“I am delighted to be returning to the court in Abu Dhabi for the first time since the birth of my daughter in September,” Williams told ESPN.

“The Mubadala World Tennis Championship has long marked the beginning of the men’s global tennis season and I am excited and honored to be making my comeback as part of the first women to participate in the event. I look forward to seeing the fans in Abu Dhabi at the 10th edition of the Championship very soon.”

Williams gave birth to her first child, Alexis Olympia, just under four months ago. She only played in two tournaments in 2017 due to her pregnancy, her last one being the Australian Open back in January. She was eight weeks pregnant during the tournament (but had not publicly shared the news) and went on to win her record-breaking 23rd Grand Slam title.

Though it has not been confirmed, Williams is expected to defend her Australian Open title in January 2018. Tournament director Craig Tiley said that it is “very likely” we’ll see the great Serena Williams competing Down Under.

“She’s got her visa, she’s entered, she’s practicing and she’s probably just got to find a bit more space for a bigger entourage. There’s no question that she’ll be ready in our view and she wants to break a record that is Margaret Court’s. It would be a pretty significant accomplishment for her to be able to do that.”

In preparation for her comeback, Williams has posted a few not-so-subtle photos on Instagram recently. “Be excited. Be very excited,” she wrote as she stepped onto a tennis court.

There’s no question that fans are ready to see Serena Williams back in action. But the real question is: Are you competitors ready? Probably not!