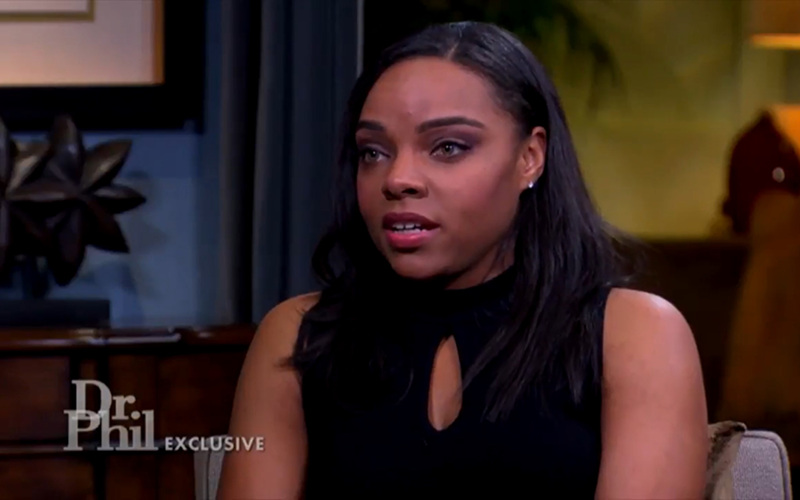 Shayanna Jenkins-Hernandez tells Dr. Phil McGraw that she has questions regarding fiancé Aaron Hernandez’s death and does not believe the former NFL star committed suicide.

While serving a life sentence for the murder of Odin Lloyd, Hernandez was found dead in his cell in April just days after being acquitted for a separate double homicide. He was also seeking an appeal in the Lloyd case.

Despite leaving three suicide notes, these bright spots of hope have caused Jenkins to question Hernandez’s death. “That would make me doubt that he took his own life. He was very positive, so excited to come home,” she said.

“It’s just not the Aaron that I know. I think that if he would have done something like this, it would have been at his worst. And I felt it was looking so bright. We were going up a ladder in a sense – to a positive direction… I don’t think this was suicide.”

In the two-part Dr. Phil interview, which aired this week (May 15-16), Shayanna reveals she spoke with Hernandez the night before his death and he didn’t express any suicidal thoughts, even telling their 4-year-old daughter, “Daddy’s gonna be home.”

Jenkins tells McGraw that she doesn’t believe or trust any of the information Souza-Baranowski Correctional Center has released so far. She feels the only way to learn the real truth is when she and Hernandez’s family are able to conduct their own investigation.

McGraw even shows Jenkins surveillance footage to prove no one entered Hernandez’s cell between the time he entered the cell and when his body was found. “I believe there’s some uncounted time. I don’t think things were done properly,” she responded.

Though Hernandez did not have will, Jenkins believes her daughter is entitled the $6.5 million the Patriots may owe Hernandez’s estate after a judge vacated his murder conviction because his appeal was incomplete at the time of his death. Jenkins wants to be the trustee of the money if it’s inherited by her underage daughter.