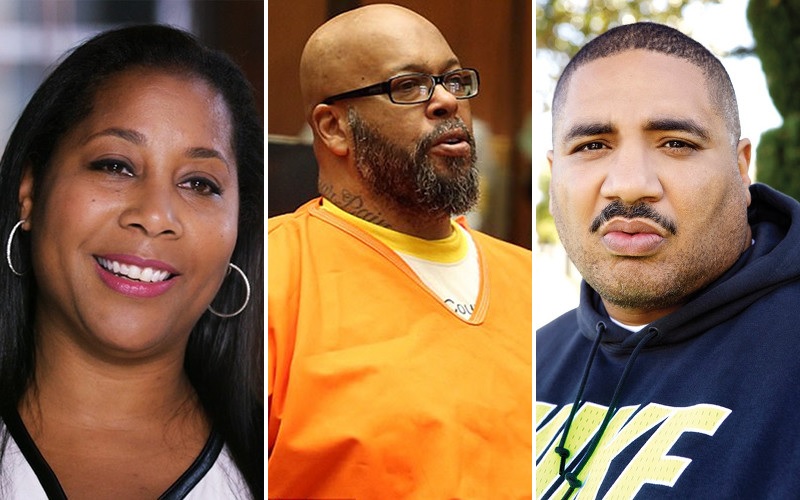 It’s one of, if not the, greatest mystery of the past 20 years and Suge Knight just may have solved the cold case. The incarcerated rapper reportedly revealed his theory on who orchestrated Tupac’s murder and why.

Knight has known for many years that Reggie Wright Jr. and his ex-wife Sharitha were behind the murder of Tupac and attempted murder of Knight.

The shocking, yet unfounded, revelation in the affidavit is to corroborate an upcoming documentary called Tupac Assassination: Battle for Compton, directed by Richard Bond and Michael Douglas Carlin. The documentary is based off their book Tupac 187: The Red Knight.

The co-directors sent “salient points” from the book, which shares their theory of what lead to Tupac’s shooting to Culpepper, who then read it to Suge.

A spokesperson for the film said:

“Culpepper told Carlin individually that not only did Knight confirm the events portrayed in Compton, which portray Knight was the intended target and Shakur as collateral damage, as true, but also goes on to allege that these 1996 events may have been the first in a history of attempts on Knight’s life, culminating in the recent attempted killing of Knight at the 1OAK Club in Los Angeles, where Knight was shot six times.”

Suge believes Wright and Sharitha were planning a Death Row Records coup and had intended to kill him that fateful Vegas night in 1996. The theory goes Wright, who oversaw Death Row while Suge was in jail, wanted total control of the label and Sharitha would gain everything else, as she and Suge were not yet divorced.

Suge has kept quiet about what he knew/knows about the shooting for 20 years, leading to many conspiracy theories. However, he was reportedly so curious how Bond and Carlin got so many of the alleged details accurate that he even hired his own investigators to find out how the filmmakers found out.

However, Wright denies having anything to do with Tupac’s murder and notes that people who spread this theory in the past have turned up dead as well.

“I believe in karma. All these people are dropping dead. I keep telling people God don’t like ugly. I hope people learn a lesson from this.”

Yeah, this statement doesn’t exactly clear his name. In fact, Wright goes on to make matters worse and issues an ominous warning to the filmmakers pushing this theory.

“The next person is probably going to be R.J. Bond. I ain’t predicting no death on anybody, but they better get their selves right. They better stop with all this bullcrap they’ve been promoting, because they’re all dying like flies around here.”

Suge is currently in jail facing murder and attempted murder charges after running two men over with his car in 2015. Terry Carter was one of Suge’s friends and died due to his injuries. Suge has pleaded not guilty, saying he was fleeing the scene out of fear because he believed this, too, was an ambush and assassination attempt.

As you may know, Suge was driving the car in which Tupac was shot four times, resulting in his death six days later. Is it possible that Suge was the intended target? Sure. But why would he keep this secret for so long? It’s not like he had strong relationships with Wright or Sharitha, especially years after the murder.

It’s more likely that Tupac’s murder will continue being a mystery until someone more credible comes forward with the truth.