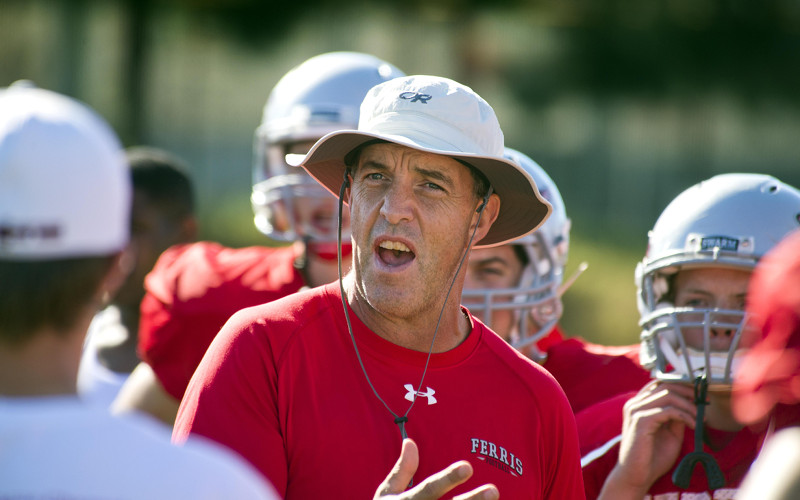 A Washington state high school football coach has been suspended after allegedly exposing himself to his team by placing his penis in a hot dog bun.

Spokane Public Schools suspended Ferris High School football coach Jim Sharkey (with pay) in February after several students claimed he exposed himself during a leadership camp last summer. According to three students, Sharkey was grilling hot dogs and hamburgers when he turned around and said:

Spokane school officials say their investigation has led to multiple variations of this quote. Nonetheless, the coach’s penis being placed inside a hot dog bun and exposed to high school students remains the more disturbing allegation.

School officials actually investigated the matter in September, but were unable to substantiate the allegation. Sharkey was instead given a written reprimand for consuming alcohol in front of the students and was allowed to return as coach in the fall.

The incident was revisited in January after more students came forward, claiming they also witnessed it. The case was forwarded to the police March 3 and they are currently investigating the matter.

Sharkey has allegedly exhibited questionable behavior in front of his students in the past. He called a female student “puck slut” and/or “puck bunny” because she dated a hockey player at the school. Sharkey says his comments were “not meant to be inappropriate.”

Students also claim they participate in a birthday hazing ritual known as “juicing.” The football players dog pile on a player on his birthday and insert their fingers into his anus.

The student admitted that Sharkey nor any other adult is present during this act. Though, in my opinion, this hazing is an example of the kind of behavior and environment Sharkey has promoted within his team.

The Spokane Police Department investigated the juicing allegation and concluded no crime or sexual assault occurred. According to Mark Sterk, former Spokane sheriff and current Spokane Public Schools director of safety, this was rationalized because “There is no one stepping forward saying, ‘Hey, I was assaulted.”

He denies all allegations, including placing his penis in a hot dog bun, drinking in front of the students (although he admits he saw other adults consuming alcohol during the camp), and says he would have never allowed any “juicing.”

The is no timeline on when the police department’s investigation will be compete. Sharkey has been advised not to comment further until the investigation is over.