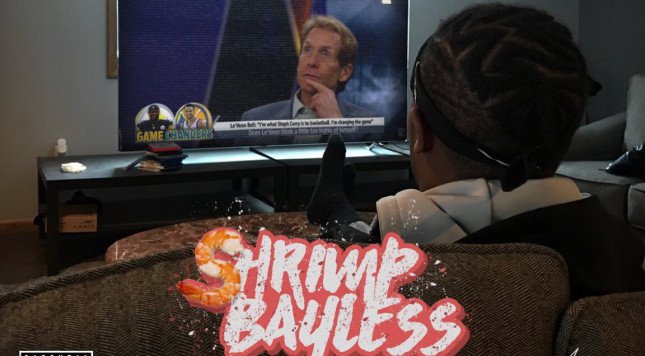 There are some sports commentators that people just love to hate. Stephen A. Smith, Charles Barkley, Colin Cowherd (top of my list). The people who sit comfortably in a studio, makeup plastered across their face, and just go in on any and every athlete in a demonstrably contentious fashion. Well one such person just got called out in the best of ways.

Skip Bayless, who now has his own show Undisputed to talk trash to anyone and everyone he can find, has had a few choice words for Steelers running back Le’Veon Bell. And as it turns out, Bell (one of, in not the, greatest running backs in the game) didn’t take too kindly to the armchair quarterback’s criticism.

And so Bell, who also goes by the rap name “Juice,” decided to clap back at Bayless in a newly released diss track tearing into the annoying talk show personality.

Now, this isn’t Bell’s first venture into rapping. In fact, Juice recorded his first track when he was just 13-years-old. And while his future in the NFL is not in jeopardy, Bell told XXL, “I just didn’t want to limit myself to being on the field. Making music is something I’ve always wanted to do. I guess I kind of went public with everything.”

In fact, you can check out his EP Until the Post Interview right now on XXL. If this track is any indication, though, homeboy might actually have a career outside of football when the time does come.