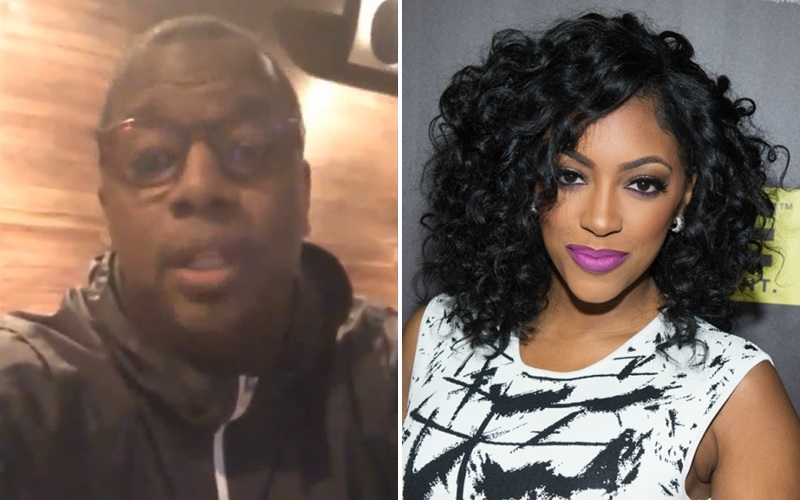 Kordell Stewart is coming clean. The former NFL star confirmed that a private video he recorded has been leaked and he, shockingly, blames his ex-wife Porsha Williams.

Earlier this week, an explicit video of a man resembling Stewart was leaked online by a blog and claimed it was recorded for another man. TMZ Sports went straight to the source to get to the bottom of the convoluted story.

Stewart confirms it IS him in the video. He explains he recorded the video for a woman he was seeing at the time and her phone was eventually stolen. He also calls speculation the video was for a downlow boyfriend “bullsh*t.” Stewart emphatically denies being gay, or ever being with another dude.

If the story wasn’t crazy enough, Stewart goes on to insinuate that Porsha was the one behind the leaked video. According to him, she previously sent him a text message stating “prepare for war” after she attempted to meet the woman Stewart recorded the video for, but actually met with someone else (possibly the person who stole the phone).

Following that major bombshell of an allegation, TMZ Sports reached out to the Real Housewives of Atlanta star. She denies having anything to do with the leaked tape and believes this is a publicity stunt concocted by Stewart.

“This is obviously a publicity stunt that Kordell and maybe one of his partners in crime came up with. The truth is I have not spoken with Kordell Stewart since the day I signed our divorce decree. I have nothing to do with Kordell ‘tooting’ his derrière to the camera for the world to see. I would suggest Kordell find another hobby and wish him a very Happy New Year.”

Stewart says he did not personally release the video nor had any involvement with its leak. He has his lawyers looking into the matter.