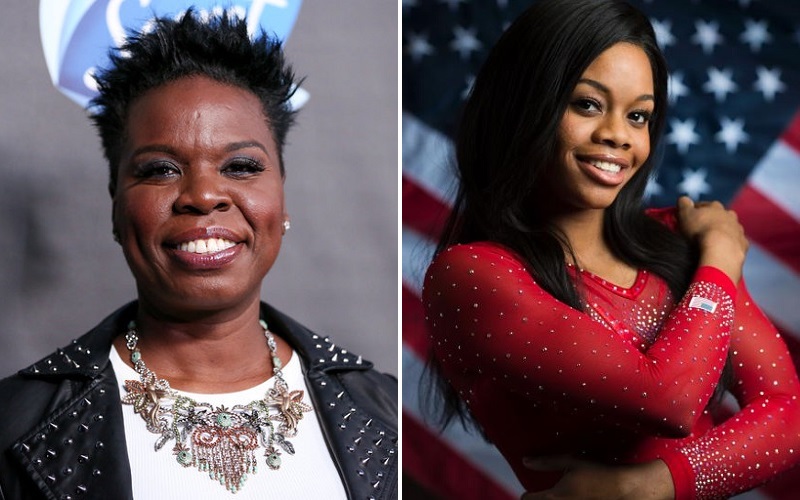 Gabby Douglas’ second trip to the Olympics was not what she had hoped. She has been attacked on social media for the most ridiculous reasons, including her hair texture. However, she’s now getting love and support thanks to Leslie Jones and other celebrities.

NBC invited Jones to Rio to cover the Olympics after her humorous live tweets gained popularity. She also recently dealt with racist trolls online after her starring role in the new Ghostbusters film and sympathized with Douglas. Jones received an outpouring of support and wanted the same for Douglas.

And it worked! The hashtag #LOVE4GABBYUSA was used by major celebrities and many others on Twitter.

Gabby – thank you for 1) sharing your remarkable talents with the world & 2) as Mrs. Obama said, going high when they go low #LOVE4GABBYUSA

You are #BlackGirlMagic , You are a SHERO, you are an inspiration, thank you for being you ??????#LOVE4GABBYUSA pic.twitter.com/PPMyt2m9Rw

#LOVE4GABBYUSA is a hashtag I've been waiting for. She never deserved the hate! pic.twitter.com/XSGaItubc7

So much #LOVE4GABBYUSA…not many people can do what she does ?? pic.twitter.com/gM0NeWxvps

When u are in your quiet moments @gabrielledoug know that u are supported and loved. U made us proud. U are enough. #LOVE4GABBYUSA

So much admiration for @gabrielledoug You're amazing and have inspired millions. Sending love to you #LOVE4GABBYUSA ???

Trying to protect herself from the negativity, Douglas has stayed off social media. However, she responded to Jones and thanked those who supported her.

Gabby Douglas definitely needed the support. She recently revealed to reporters that the attacks and criticism she has faced over the past week has been “hurtful.” Her mother, Natalie Hawkins, has also stated that her daughter was “heartbroken” over, what she described, as social media bullying.

The Olympian ended this year’s Games with a sole gold medal, totaling her Olympic medal count to 3 gold medals, a feat only few female American gymnasts have achieved.

Instead of focusing on the hate, she should relish in what she has accomplished in the sport and how she has inspired many little black girls. Support from Leslie Jones and others is just icing on a hard-earned cake.