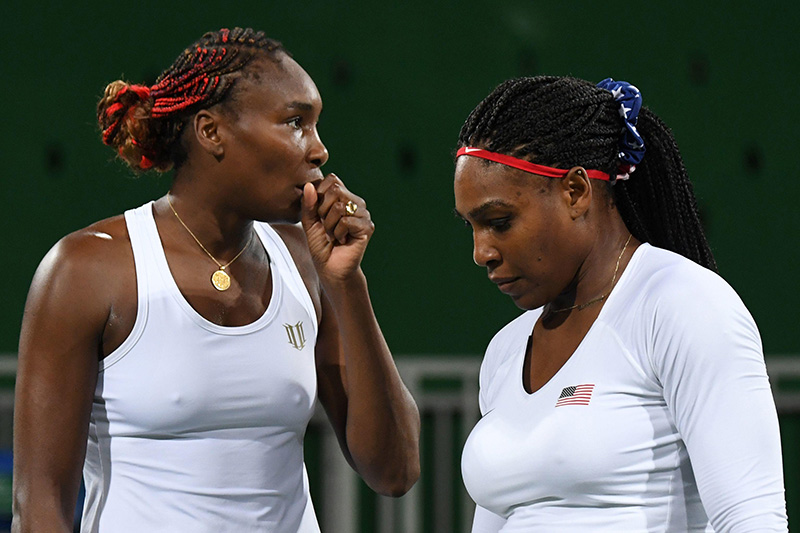 Tennis sister superstars Venus and Serena Williams were dealt a loss on Sunday by the Czech Republic duo Lucie Safarova and Barbora Strycova, their first ever defeat in three Olympics. In what is so far the most shocking result of this year’s games, the defending champs were knocked out in two straight sets by a hodge podge pair from Europe.

“It was a really tough match for us and a really tough draw, but we’re used to tough draws,” Serena told reporters. “We honestly didn’t play our best whatsoever tonight. We played terrible and that basically showed in the results.”

Before today, the sisters had only ever dropped three sets in their Olympic doubles career. They won gold in 2000, 2008, and 2012, only missing 2004 because Serena suffered an injury prior to the games.

The unranked Czech team consisted of Lucie Safarova and Barbora Strycova, both ranked in the top 30 for singles play. Strycova was a late replacement for the doubles team, however, after the first choice withdrew because of concerns over the Zika virus.

Despite the late changes, the duo managed to do something no team had ever done prior: beat the Williams sisters on an Olympic stage. Neither of them had ever won an Olympics double match before today.

The loss is likely harder to bear for Venus who was knocked out of the singles tournament earlier, thus ending her hope of a fifth gold down in Rio. Serena, the number one player in the world, is still in the running to win a medal.

“I wouldn’t say it was devastating,” Serena said. “It was a lot of fun and we always remember these matches. At the end of the day, I think that’s what matters most.”