GOSSIPONTHIS.COM Sports Michael Jordan Finally Speaks Out on Race Issues in America in the... 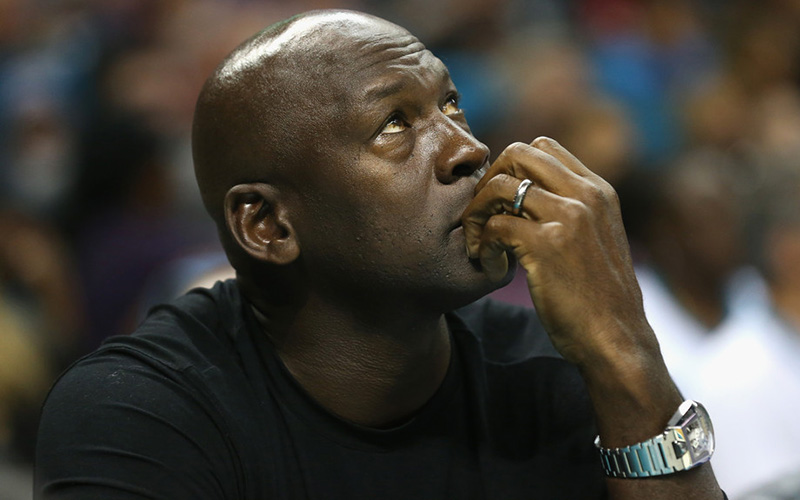 When discussing the most influential athletes of our generation, without fail, Michael Jordan comes in high on that list. Arguably the greatest basketball player of all time, Jordan managed to permeate American culture far outside of the game he loved. Whether it was starring in movies and commercials, wowing us on the court, or creating one of the most iconic and successful brands in the world, Jordan transcended the game of basketball to become a cultural staple.

Despite his presence and power in our society, however, Jordan has largely stayed out of the spotlight when it comes to activist efforts or fighting for civil rights. His refusal to speak out on social issues plaguing our country and the world at large has drawn the ire of many in the country who accuse Jordan of shirking his responsibility to use the platform he’s earned to enact change.

Whether it’s Hall of Fame NFL players, ESPN columnists, or everyday black activists, many have called out the potential GOAT for wasting an opportunity to fight for the greater good. As fellow NBA great Kareem Abdul-Jabbar put it in a 2015 interview, “he took commerce of conscious. That’s unfortunate for him, but he’s got to live with it.”

But today, Jordan finally stepped up and broke his silence in the best way possible. In a statement released today, Jordan spoke out on the violence that has taken over the country, both against the African-American community and police officers.

“As a proud American, a father who lost his own dad in a senseless act of violence, and a black man, I have been deeply troubled by the deaths of African-Americans at the hands of law enforcement and angered by the cowardly and hateful targeting and killing of police officers.”

He proceeded to say how he was raised on the values of “love and respect” and how “we need to find solutions that ensure people of color receive fair and equal treatment AND that police officers – who put their lives on the line every day to protect us all – are respected and supported.”

The announcement also revealed that MJ has donated $1 million to both the International Association of Chiefs of Police (mainly, a program designed to strengthen the relationship between police and the communities they protect) as well as the NAACP Legal Defense Fund.

Ultimately, Jordan hopes his donations will help “build trust and respect between communities and law enforcement.”

What makes this act so great is that Jordan is not simplifying a complex matter. He understands that there are issues with the way African-Americans are treated by the police in our society, but he also knows that not all officers are bad, racist people and that they are a necessary part of our society.

By making the statement he did, and supporting the organizations that he does, Jordan is working to bridge the gap between these two communities and end the disconnect that it has to be either #BlackLivesMatter or #BlueLivesMatter. That only by working together to come up with a solution can these issues be resolved.

And for that, the manner in which Jordan has broken his lack of activism should be applauded. And while many would have liked him to do more or to do something sooner, it’s like they say — better late than never.