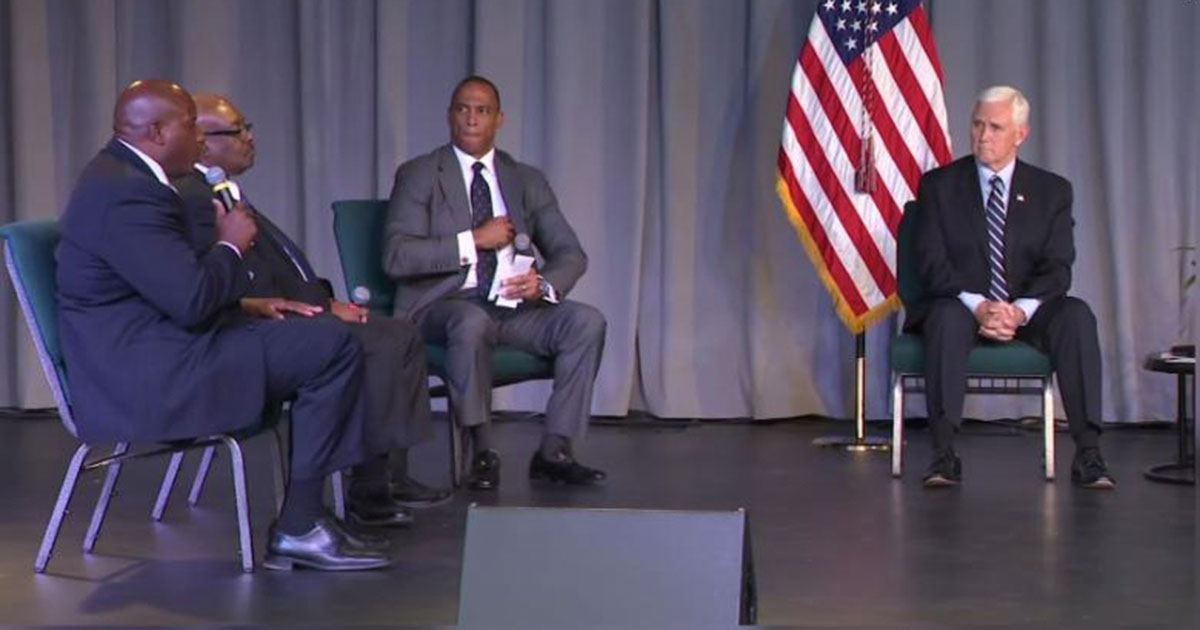 During an interview with an ABC affiliate in Pennsylvania on Friday (Jun. 19), Mike Pence refused to say the words “Black lives matter,” instead saying that “all lives matter.”

“Let me just say that what happened to George Floyd was a tragedy,” Pence told 6ABC Action News in Philadelphia when asked directly if he would say that Black lives matter.

“And in this nation, especially on Juneteenth, we celebrate the fact that from the founding of this nation we’ve cherished the ideal that all, all of us are created equal, and endowed by our creator with certain inalienable rights. And so all lives matter in a very real sense.”

Juneteenth, however, commemorates the end of slavery in America, which happened nearly a century after the nation’s founding.

The distinction between saying “Black lives matter” and “all lives matter” has emerged as something of a cultural dividing line amid the nationwide discussion about racial equality that has been touched off in recent weeks.

The phrase “Black lives matter” has gained widespread use in recent years as a way to draw attention specifically to deadly encounters between Black Americans and police.

“Forgive me for pressing you on this, sir,” anchor Brian Taff said to Pence, “but I will note you did not say those words, ‘Black lives matter,’ and there is an important distinction.

“People are saying, of course all lives matter, but to say the words is an acknowledgment that Black lives also matter at a time in this country when it appears that there’s a segment of our society that doesn’t agree. So why will you not say those words?”

“Well, I don’t accept the fact, Brian, that there’s a segment of American society that disagrees, in the preciousness and importance of every human life,” Pence said.

“And it’s one of the reasons why as we advance important reforms in law enforcement, as we look for ways to strengthen and improve our public safety in our cities, that we’re not going to stop there.”

Pence went on to tout the Black unemployment rate pre-pandemic and the development of economic “opportunity zones,” adding that the administration is “absolutely determined to improve” the lives of African Americans.

“And yet, one final time, you won’t say the words and we understand your explanation,” Taff responded.

We don’t know how many times it has to be said that “Black lives matter” doesn’t mean that no other life matters.

Is the concept of “Black Lives Matter” really that hard to comprehend? Are people like Mike Pence and Donald Trump just plain dumb and don’t have the mental capacity to grasp a seemingly simple concept?