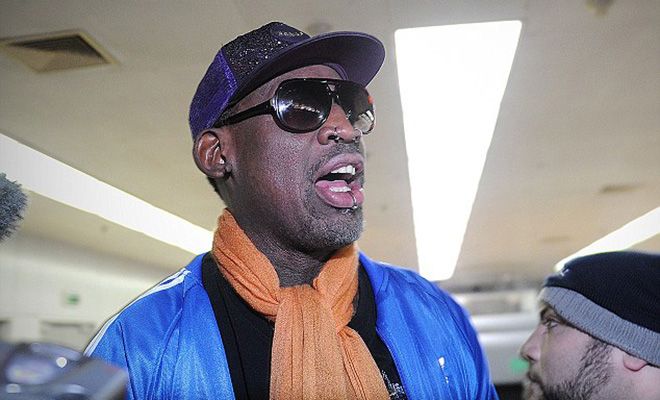 Dennis Rodman has been making a complete fool of himself lately.

After returning from his most recent trip to North Korea, the former NBA star broke down into tears after being swarmed and questioned by news reporters at Beijing International Airport.

Dennis Rodman Apologizes for CNN Meltdown: “I Had Been Drinking”

Lately, Rodman has been receiving a lot of backlash for his comments regarding detained American missionary Kenneth Bae and for taking a team of retired NBA players to celebrate with his BFF North Korean leader Kim Jong Un for his birthday.

“I want to tell people that no matter what’s going on in the world, for one day, just one day, not politics, not all this stuff. I’m sorry. I’m not the president, I’m not an ambassador, I’m Dennis Rodman, just an individual, just showing the world a fact that we can actually get along and be happy for one day.”

But before he could even finish his statement, Dennis broke down into tears and had to be escorted to his car by bodyguards.

It’s time to put your big boy pants on and man up, Dennis!