GOSSIPONTHIS.COM Celebs Allen Iverson on Child Support Debt: I Ain’t Got It! 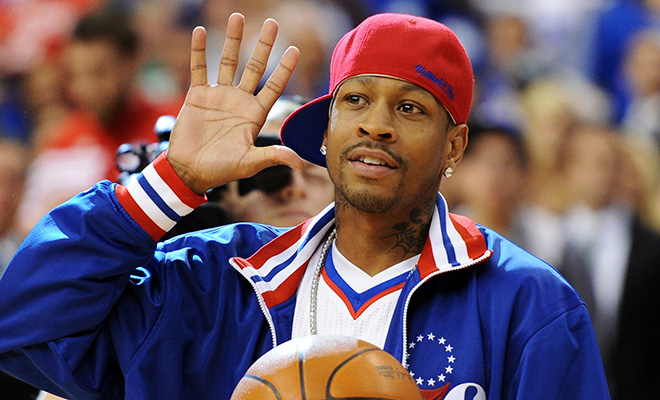 Allen Iverson made more than $140 million while playing in the NBA. Yet, he now says he doesn’t have the means of paying the $1,272,000 a judge ordered him to place into a trust for child support.

His now ex-wife wanted the money paid in a lump sum because she was tired of chasing him for payments month-to-month.

His response? I ain’t got it.

Allen says the only steady source of income he has is a Reebok deal. We don’t know exactly how much he pulls in, but he claims it’s nowhere near enough to meet his ex-wife’s demands.

Allen also says he resents his ex’s claim that he’s a deadbeat dad, boasting that he paid more than half-a-mil in support this year alone.

The judge has yet to rule.

Tawanna Iverson and their children may ultimately get some money, though it could be several years until that day comes.

Allen still reportedly has a sizable amount of his fortune placed in a trust, but thing is, he can’t touch it until he’s older.

“However, hold the bankruptcy proceedings. He is far from insolvent, at least in the real world, if not in harmony with his ‘nothing in moderation’ lifestyle. Someone who cared a great deal for Iverson and grasped the extent of his habits, loyalties and generosity protected him to some degree from financial ruination, at 36, at any rate. A person with a firm grip on the situation informs me Iverson has an account worth $32 million, a principal he is prohibited from touching until 55. In the meantime, it feeds him $1 million annually. At 45, Iverson is eligible to start drawing on an NBA pension that maxes out at 10 years of active duty, or take whatever’s there as lump sum. He will be entitled roughly to $8,000 per month ($800 per x 10). If at all possible, Iverson will issue a restraining order against himself until he’s 62 or so. At that time, I’m told, his lump sum will be between $1.5 million and $1.8 million, or he can elect to take monthly checks of approximately $14,000 per.

So, in other words, Allen Iverson is what they call “rich broke.”