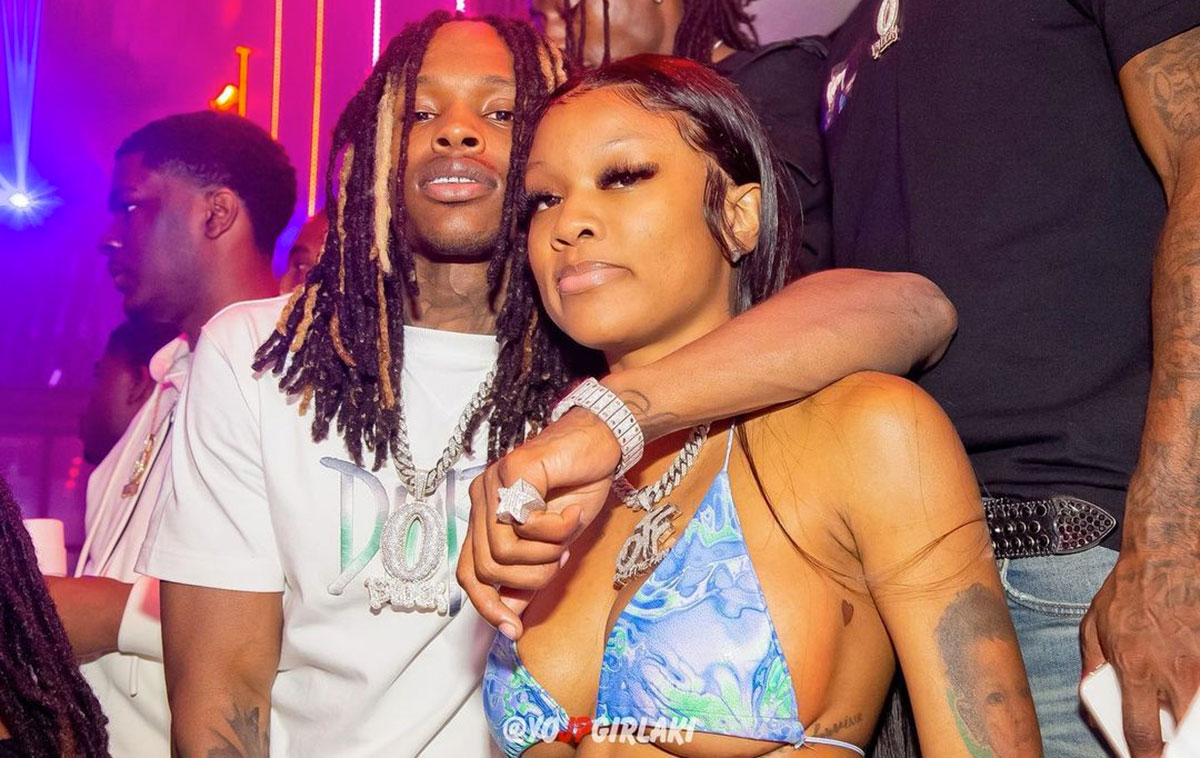 King Von’s sister Kayla B has called out the mortician who allegedly took photos of the slain rapper following his autopsy and is believed to have helped the images spread online, sparking outrage all over social media.

On top of that, Kayla says that the man should be fired for his actions, but claims he’s being protected by his employer.

Investigators believe the shooting happened as a result of an argument between two groups of men—reportedly King Von and Quando Rondo’s crews.

Immediately after the shooting, King Von was rushed to Atlanta’s Grady Memorial Hospital, where he died while in surgery. He was only 26 years old.

Taking to Instagram on Thursday (Nov. 12), Kayla B shared photos of the mortician who allegedly helped leak the images, Freddyie Curry, as well as the address of the mortuary, which is located at Hartsfield-Jackson Atlanta International Airport.

“THIS THE SICK MFER THAT POSTED MY BROTHER PICTURES!!!” Kayla B. wrote in all caps. “HE WORK AT THE [AIRPORT] MORTUARY. HIS WHOLE JOB KNOW HE DID THE SH*T BUT THEY [TRYNA] PROTECT HIM!!! WE NEED HIM FIRED NOW!!!!”

Kayla B didn’t say in her post how she identified Curry, who has since deactivated his Facebook page, but she’s very adamant that he’s behind the leaking of her brother’s graphic autopsy photos.

It is believed that Curry took the photos and passed them along to Quando Rondo’s crew, who then posted the images all over social media.

Among the people outraged by the leaking of King Von’s autopsy photos was former Love & Hip Hop Hollywood star Masika Kalysha, who tweeted about the leak, writing: “What an evil sick fk u have to be to take autopsy photos of a deceased man… then to actually post them… that man got a family! How disrespectful. Smfh I hope they throw yo a** in jail and lock away the key. Smh I’m so sick of people”

What an evil sick fk u have to be to take autopsy photos of a deceased man… then to actually post them… that man got a family! How disrespectful. Smfh I hope they throw yo ass in jail and lock away the key. Smh I’m so sick of people

Around the same time the photos leaked, King Von’s sister clashed with Atlanta rapper T.I. when the Hustle Gang boss shared a post on Instagram about violence in Atlanta, writing: “Atlanta is a beautiful progressive city filled with Black excellence. We uplift each other & win together. Stop coming here to kill each other. That sh*t is played out … Handle YOUR beefs in YOUR city. Thx in advance.”

Though Tip didn’t outright mention Von, or anyone else for that matter, people immediately thought his comment was about the Chicago rapper’s murder.

Kayla quickly fired back at Tip on her own IG with allegations that she’d seen him creeping with other women behind his wife Tiny’s back, and wrote in a separate post: “And these r FACTS! But The energy he always putting in ppl business need to be the same energy he need to make it right wit his daughter! Now wea is my brother @50cent get on his a**!”

Responding to Kayla, 50 Cent took to IG as well to call T.I. out for his comments.

“A @troubleman31 you gotta chill, you bugging for saying anything,” Fif wrote. “They got casualties this is real sh*t, i don’t know what you was thinking but re think it now. They are hurting, they love that boy he was a way out. I bet you don’t even realize they will kill you for what you just said. what hood you from again? come on now it’s quiet time.”

Tip later followed up his post with another one, saying that his previous message had nothing to do with King Von’s murder. He also said he sent condolences to the slain rapper’s family.

“I don’t speak ill of my allies,” the 40-year-old wrote. “My last post had nothing to do with King Von. Y’all grossly mistaken, I have no motive or intention to do harm or malice to cats I’m cool wit. My family’s hearts goes out to them & I’ve expressed this to the people in his life that matter most in this situation. That’s all I’m concerned with.”

He added in the post’s caption: “But I know IG ain’t da place for understanding & miserable people love to keep up sh*t. Be Eazy.”

For what it’s worth … T.I. has since deleted both posts.

In related news, the man accused of firing that fatal shot that killed King Von, 22-year-old Timothy Leeks (reportedly a close associate of Quando Rondo), was arrested and charged with the Chicago rapper’s murder.

A newly surfaced video shows King Von walking up to Quando Rondo and punching him in the face before the shots were fired, leading many to believe that Rondo and his crew were involved in the shooting.

Another video taken from another angle shows the moment Von was shot. In all, five people were shot, three of whom died (including King Von).

Leeks (also known by his rap name “Lul Timm”) was also injured in the shooting and, at the time of his arrest, was “in police custody at Grady Hospital” where he underwent “treatment for a gunshot wound,” according to a statement from the Atlanta Police Department.