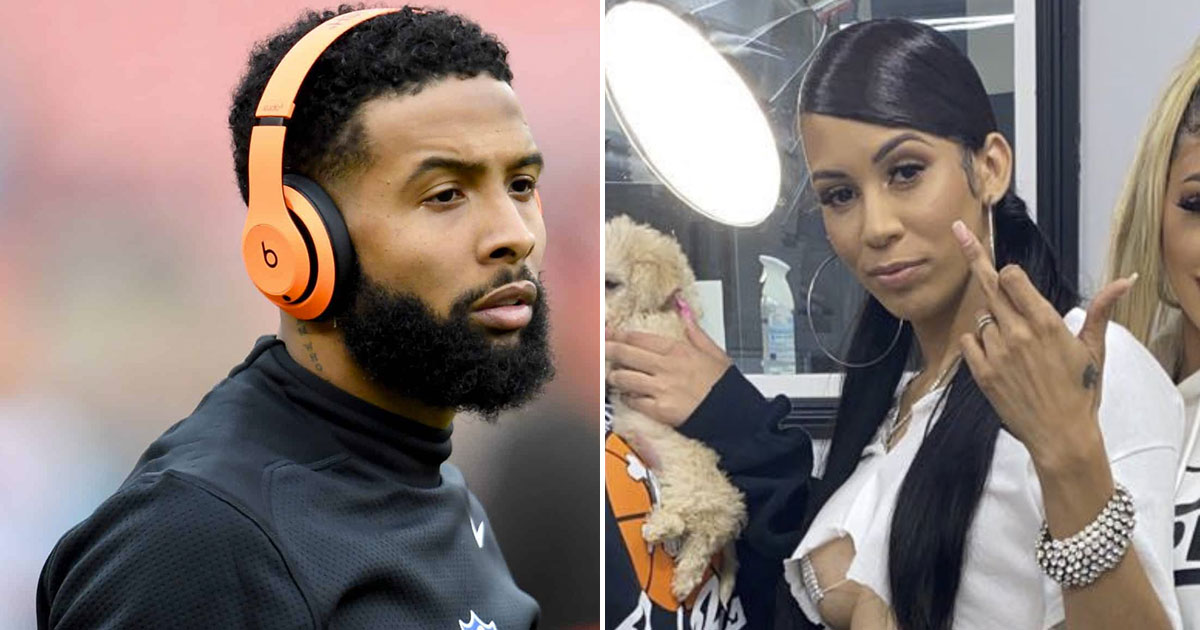 Odell Beckham Jr. became a trending topic on Twitter early Tuesday morning (Sep. 8) after Chief Keef’s baby mama Slim Danger claimed in a podcast interview that the NFL star takes pleasure in being defecated on during sex, and even asked her to send him a picture of her taking a dump.

PREVIOUSLY: Chief Keef’s Baby Mama Slim Danger Says Odell Beckham Jr. “Loves to Be Sh**ted On” During Sex & Requested Photo of Her Pooping on the Toilet

Well, it looks like OBJ has finally caught wind of the “sh**ty news” circulating about him, because he posted an action photo of himself on Instagram Tuesday afternoon (Sep. 8) along with a caption that appears to make a joke out of the situation.

“Can’t knock me off my pivot… no matter what shxts thrown my way,” the 27-year-old Cleveland Browns wide receiver wrote.

His followers then used the opportunity to join in on the jokes, with one commenting: “You ain’t been through shxt you can’t handle.” Another wrote: “Talk yo shit.”

Kalen Ballage, an NFL free agent who formerly played for the Miami Dolphins, joked: “That shxt is in you bro… not on you slime.”